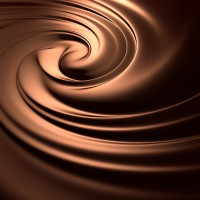 “Revenge, at first though sweet, Bitter ere long back on itself recoils.” (John Milton, Paradise Lost)

Revenge can be a temptation, a natural desire in the face of a threat or a hurtful act on the part of another. It can certainly seem deserved when an injustice is done. But God asks us to leave vengeance to Him. Only He knows the whole truth, and our incomplete information is what leads to further harm through acting on our feelings.

David knew the feeling of desiring revenge, and he had his chance…he could have finished his enemy Saul. All the fear for his life, all the hiding, would have been over. But David did something that most would not choose…

On a journey through the book of 1st Samuel, with a motive of jealousy, King Saul was determined to destroy the object of his jealousy—David. It started when the women were praising David after a victorious battle, comparing his slaying of tens-of-thousands with Saul’s slaying of only thousands. That was enough for Saul, David was now his enemy. “Saul (jealously) eyed David from that day forward.” (1 Samuel 18:9)

Saul tried to kill David in his own bed, he tried piercing him with a sword, and he enlisted the help of his army against David. There was nowhere to hide! Revenge against this evil, jealous king would have been understandable to most. And the opportunity soon presented itself to David…It was in a cave where Saul had gone to relieve himself, not knowing his rival was there. David had the advantage, he knew Saul was there–vulnerable to him. David quietly cut a piece of Saul’s robe, the king unaware of it. But conviction came to David, a man who sought to please his God. “I shouldn’t have done it,” he said to his men. “It is a serious sin to attack God’s chosen king in any way.” (1 Samuel 24:6) David would not take advantage of Saul’s vulnerability and exact his revenge on this cruel king who had caused him distress, fear for his life, and time on the run. Instead he presented the cut cloth of the king’s robe to him, asking why he wanted to destroy his servant who had been in battle with him.

Saul’s heart was softened toward David, seeing the piece of cloth from his own robe and realizing David’s humility. His words are recorded: “You are a better man than I am for you have repaid me good for evil.” (1 Samuel 24:7)

Revenge is different than allowing consequences for someone’s actions, or pursuing justice. It is done out of hatred and the desire to see someone else feel pain. But the feeling of getting revenge can be sweet–for a little while. Then, it becomes something bitter to the one who chose it. David had it right, he left all in God’s Hands. And in the end, he was rewarded! Are you tempted by the act of revenge?

My husband Dan and I have three children and three grandchildren. We live in central Illinois. I am a graduate of The Institute of Children's Literature, a member of faithwriters.com, and a member of SCBWI. My writings have been published at chirstiandevotions.us, in DevotionMagazine, the PrairieWind Newsletter, and here at thebottomline.co.
Previous 3 Barriers to Deliverance Ministry
Next Power of a Story