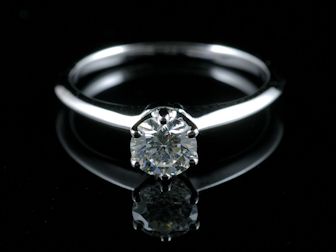 Ten Things To Know BEFORE You Get Married

Ten Things To Know BEFORE You Get Married

Here are ten essential things to know about the other person before you get married. If they are not revealed and discussed there is the potential for problems.

1. Do they have past unresolved emotional issues? Are there past hurts that may surface and cause marital conflict? Have there been any past negative or destructive relationships?

3. What kind of home life did they come out of? Was there a dysfunctional home where the parents did not get along? How about physical violence? Addictions? Generational curses? These are dysfunctional mindsets and behaviors that have become a norm and which have been passed down from one generation to the next. For example, the dad was an angry person so the the son is also. These can be exhibited in many forms.

4. Do they know what real love is? Apart from physical intimacy do they understand that love is not based upon a feeling but it is an act of will. They make a choice to love you.

5. Is there acceptance of the other person as they are? But is there also a desire on the part of the other to make necessary changes for the sake of having a good relationship?

6. Are there any secret sins? Is the guy involved in pornography? Does the lady like to flirt with other men?

7. What economic level did the other person come out of? This is not a negative, just something that must be discussed. If one person is used to spending extravagantly and the other is used to just getting by there could be problems.

8. Has there been a history of adulterous relationships or multiple marriages?

10. What is the other person’s religious and moral views about salvation, the Bible, church attendance, same-sex marriage, abortion, and their overall world view?

John Livingston Clark is 67 years of age and lives in central Washington State. He has written two published books, and two published poems. His initial book is called, " God's Healing Hope: Breaking the Strongholds of Wrong Thinking." His second book, released in December of 2016, is a motivational book written to seniors titled, " Seniors: Are You Retiring or Recharging?" Both books are available on amazon. You can also view his writings on www.faithwriters.com. John is available to speak on a variety of topics. Visit me at jclarkministries.com
Previous Lessons from the Island of Berk
Next Who am I?