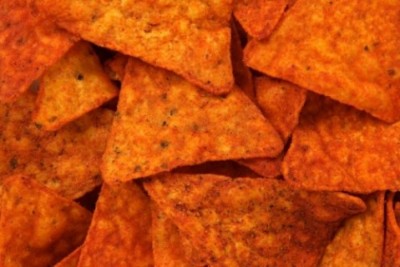 The Addictive Powers of Pornography

Junk food is so addictive. Take Doritos for example. You never seem to be able to eat just one, but what is it about that savory flavor that drives your mind to eat more? Food scientist, Steven A. Witherly, after conducting research of his own claims that junk food has been altered, more specifically Doritos have “been engineered so you never feel like you’ve had enough.” (New York Post) According to Witherly, “ The chips have the powerful savory flavor known as umami, and also … “long hang-time flavors” like garlic that create a lingering smell that stimulates memories.” (New York Post)

The access to pornography may be greater than the access to clean drinking water leaving all those who have the ability to connect to the Internet vulnerable at some point during their surfing. Just like those who market junk food have discovered ways to stimulate the visual memory part of your brain, so does the world of pornography know how to cater and market to a young man’s mind. So, what is a guy to do? Guard your heart and make a covenant to keep your eyes up.

“I have made a covenant with my eyes;

Why then should I look upon a young woman?

For what is the allotment of God from above,

And the inheritance of the Almighty from on high?

Does He not see my ways,

Job was a man who endured more suffering than any many prior to Jesus. He knew and understood the games Satan plays but he refused to be conquered by the enemy.

Let me be weighed on honest scales,

That God may know my integrity.

If my step has turned from the way,

Or my heart walked after my eyes,

Or if any spot adheres to my hands,

Then let me sow, and another eat;

No matter what God was putting Job through, he chose to never defile himself so that he would be righteous and holy before Him.  He made a covenant to guard his heart and keep his eyes looking up.

In today’s society, you don’t have to try to find something to stimulate the memory of your brain, but you do have to work hard to make sure that the image does not linger for later giving the enemy a stronghold.

If you are struggling with pornography, you are not alone.  There is a God who has already broken the chains that you are bound to.  He already knew that man would falter before the trap had been set.  He wants to free you from your addictions and rewire the way you see.

Are you struggling in this visually stimulating world? How can we help you in your struggles with pornography?

is an author and editor for The Bottom Line Ministries as well as a member of Faith Writers. Currently she teaches high school language arts. She is a mom to four amazing blessings and enjoys every moment life has to offer. Renee has a fervor and drive to learn, she loves to read and spend time with her family, and is involved with her local church ministries. Humbled by God’s gift of words, she has a passion to write what the Holy Spirit has placed in her heart. She hopes to publish her in-progress book someday, but in the meantime, is honored to be placed as part of the TBL writing family and is holding on to the ride wherever God is leading. Renee and her family reside in their country home in Holland, Iowa.
Previous Repentance Paves the Way for Deliverance
Next Need Proof? New TNT Drama Seeks Answers