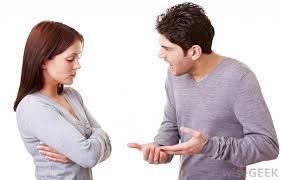 Men have a certain tendency to be bull-headed at times. We’re prideful creatures. The idea of our wives being as equally smart as we, is really a hard concept for some men to follow; yes, even within the Christian community. I’ll give you a familiar example.

Some wives are treated so unfairly. In 1 Samuel 25, we read about a certain unfriendly character named Nabal. He was a rich, rude, snob who decided that David and his band of vagabonds were not worthy of his time or possessions. But the Lord had blessed Nabal with a discerning wife who quickly doused a very volatile situation, thereby sparing her cruel husband the unfortunate experience of meeting the sharp end of King David’s sword. Abigail was unappreciated and undervalued by her husband Nabal. Unbeknownst to him, she saved his wretched life with a selfless act of kindness.

That’s how we treat our women, sometimes. We don’t appreciate the way our lady quietly goes about keeping our lives in order, right under our noses. Instead, we’d rather complain to friends about her supposed shortcomings. Not cool, guys; not cool at all.

Marriage was never meant to be a contract between owner and slave. In fact, 1 Corinthians 7:4-5 tells me that my body doesn’t belong to me, but to my wife; and vice versa. As such, we should not deprive each other except by mutual consent, and only then, for a short period of time. Now that scripture speaks in the context of marital sex, but the message can be applied across the entire marriage board. I should never disrespect my wife by treating her as less of a human being than I. She is flesh of my flesh, and I should love her as I love myself, if not more. I think a lot of marriages fail because people simply don’t respect the spouse. Hmm, someone should seriously consider making that a bumper sticker: “Respect the Spouse”.

Men, your wife is your right hand, and should be cherished as such. I’ve seen husbands berate the wife right out in public! We can’t treat our bride as an unwanted step-child and then expect her to respect and honor us. I’m speaking directly to my brothers because a happy marriage depends on us; most times, on how we interact with our spouse. Sure, there will be instances of the demon-possessed wife who simply refuses to be loved, but the normal situation requires men to be biblical men. Treat her right and watch her bloom into a Proverb 31 woman in God’s timing.

@Ennis_C_Smith
Previous Don’t Begrudge Another – You Just Never Know…
Next You be the Judge?-Part III (the just Judge)