Breaking News
Home / Family / What Goes In… Will Come Out 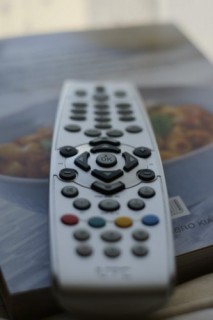 What Goes In… Will Come Out

Correlations Between Sex on T.V. and a Teenagers Engagement

As a parent, I constantly have my radar up.  Will this image throw off my daughters’ view of who she is and distort who she has become in Christ? Is her outfit representing that she is the temple of the Holy Spirit?  Are my son’s mental galleries being filled with inappropriate images of women, or do they know to turn their eyes away and get to know a woman by who she is and not how she looks?  In other words, are my children filling their minds with the things of the world that will alter the outcome of who they are?

Are you concerned about your child’s sexual activity?  Have you considered placing your daughter on birth control to “protect her just in case?”  How much is too much? How far is too far? Do you pay attention to what your child is watching?  If not, may I suggest that you start to tune in as a parent, especially if you answered “yes” to the second question I just asked.

Exposures to sexual activity or impressions that will lead to the act have increased substantially in what is being viewed on television, and so has the engagement of teenagers towards these acts.  According to one RAND behavioral scientist Rebecca Collins, who lead two recent studies on “the impact of TV sex on teenagers’ sexual beliefs and activities”(Does Watching Sex on Television…)Collins and her researches found three key outcomes:

Considering that the average teen spends 3 hours viewing television a day,(which does not include the YouTube, Hulu, or Netflix views while at school) teens are viewing “heavy doses of sexual content, ranging from touching, kissing, jokes, and innuendo to conversations about sexual activity and portrayals of intercourse. Sex is often presented as a casual activity without risk or consequences.” (Does Watching Sex on Television…)

These distorted images of sex are being transferred into society as normal and are being tested by today’s teenagers including those as young as 12 years of age.

As one parent to another, may I suggest that instead of tuning into these shows with your child and allowing the TV to educate your child about sex, turn off the T.V. and engage in a meaningful conversation that does not end up with you suggesting a birth control pill, a condom, or any other method. Instead, educate your child on the purity that God has made sex to be and not a distorted view that the world is deeming to be acceptable.

If you do not know how to start the conversation, here are a few places to help get you started.

What Your Teen Needs to Know About Sex

Your Teen Needs You

10 Reasons Not to Have Sex Outside of Marriage

Additional Article related to the Study

Link to the study abstract

is an author and editor for The Bottom Line Ministries as well as a member of Faith Writers. Currently she teaches high school language arts. She is a mom to four amazing blessings and enjoys every moment life has to offer. Renee has a fervor and drive to learn, she loves to read and spend time with her family, and is involved with her local church ministries. Humbled by God’s gift of words, she has a passion to write what the Holy Spirit has placed in her heart. She hopes to publish her in-progress book someday, but in the meantime, is honored to be placed as part of the TBL writing family and is holding on to the ride wherever God is leading. Renee and her family reside in their country home in Holland, Iowa.
Previous Are You Emotionally Bankrupt?
Next Covered by Darkness