Breaking News
Home / Family / What Would Jesus Do About Food Waste? 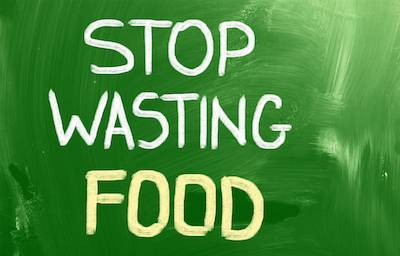 What Would Jesus Do About Food Waste?

Every day in America, we waste enough food to fill the Rose Bowl, a 90,000-seat football stadium. Thirty-six pounds of food per person is wasted each month at the retail and consumer levels. In one year, we wasted nearly 34 million tons of food, which would fill the Empire State building 91 times. Food waste has increased 50 percent since 1974. Overall, it costs approximately $750 million a year to dispose of the food we carelessly throw away.

Now, these are very astounding statistics with harsh implications. I don’t know about you, but I hate wasting food. Every time I see food getting thrown in the trash, I can’t help but think of those people in America, and around the world, who are starving. Food wastage is a sad reality that needs to become a forgotten idea. Wasting food is an expensive habit that’ll cost you in more ways than one. You’ll be wasting the money you spend at the supermarket and the money you pay in tax to the government.

God appointed us to be good stewards of His creation. This doesn’t only include taking care of others by being our brother’s keeper, but protecting the environment as well. If you think throwing out leftover pizza and rotten vegetables doesn’t help destroy our environment, you’re wrong. When you waste food, you’re also wasting precious resources such as energy, water, pesticides, fertilizer and everything else required to grow, process, transport and prepare food, not to mention the manpower involved at each stage. Once that uneaten food winds up in a landfill, it decays and emits methane, a greenhouse gas that’s 23 times more powerful than carbon dioxide. So, think twice before you toss that stale egg salad in the rubbish.

When it comes to wasting food, if we should ask the question, “What would Jesus do?” We would find the answer in John six. After He miraculously fed the thousands of people with two fishes and five loaves of bread, Jesus gave us the answer through His request; “When they had all had enough to eat, He said to His disciples, “Gather the pieces that are left over. Let nothing be wasted” (John 6:12).

We strive to be like Christ, and clearly He doesn’t support wasting food. He could have easily created more food when it was needed, but He chose to conserve instead. Let us follow in Christ’s footsteps and stop wasting food.

Leave a comment, what food do you throw out the most? What changes can you make to reduce the waste?

Amelia Brown is from the beautiful island of Jamaica. She is a 28 year old Guidance Counselor by profession, but a passionate writer at heart. Most of her articles written are aimed at stimulating positive change under the guidance of the Holy Spirit. She is also a published poet and a member of Faithwriters. Outside of writing, she enjoys volunteering, cooking, and turning frowns right side up. Amelia currently lives in New York.
@ameliambrown
Previous “War Room” – The Latest Film from the Kendrick Brothers
Next Wife of “American Sniper,” Tara Kyle Shares Her Testimony