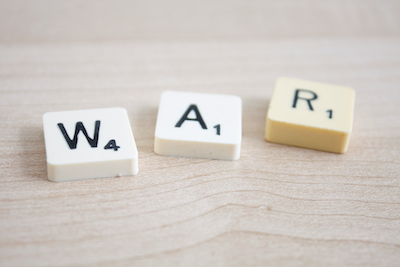 “War Room” – The Latest Film from the Kendrick Brothers

From the producers of Flywheel, Facing the Giants, Fireproof and Courageous, comes Alex and Stephen Kendrick’s fifth film: War Room.

The movie, scheduled to release in theaters on August 28, is a commanding drama about the importance and necessity of prayer.

The movie follows the lives of a middle-class couple, Tony and Elizabeth Jordan, as they battle for their marriage behind closed doors. From the outside looking in, everything appears rosy at the Jordan household: Elizabeth is a real estate agent, Tony has a lucrative career in sales, and they have a beautiful 10-year-old daughter. But when the lights go down and the masks come off, the couple’s real struggles come to the forefront.

“This film is about the power of prayer and the necessity of prayer in our lives,” Director Alex Kendrick said. “Most of us have something of a financial strategy, an education strategy for our children, maybe even a health strategy . . .” he says. But as the movie goes on to point out, not many have a prayer strategy.[1]

“. . . Often times, when it comes to prayer, it’ a wish to the wind,” Producer Stephen Kendrick said, echoing the sentiment.[2]

Actress Priscilla Shirer’s character, Elizabeth Jordan, would call the feeling mutual. While she considers herself a “spiritual” person and attends church occasionally, she’s never harnessed the power of prayer—because it’s never been viewed as a weapon.

“A lot of people don’t pray because they don’t’ believe it works. But unfortunately it doesn’t work because we don’t really pray,” said pastor, speaker and author Dr. Tony Evans, Th.D.[3]

It isn’t until Elizabeth meets her newest client, Miss Clara (played by Karen Abercrombie), that she’s introduced to just how powerful prayer can be.

For this reason, Miss Clara dedicated a small room in her house, affectionately called the “War Room,” in which she wages spiritual battle. She introduces Elizabeth to the room and challenges her to create her own.

“That verse and that passage,” Stephen Kendrick said, referring to the verses in Matthew six, “is one of the keys to this movie. It’s really easy to make prayer an afterthought. We want people to begin to fight their battles in prayer first.”[4]

The movie has been shown to churches and retailers as a pre-screening, and the reviews have been primarily positive. Below are several Facebook comments from the movie’s fan page:

“It’s amazing!! My husband and I got to see a premiere showing for ministers this past week. There is such an anointing in this movie and a call to the church! The question is will we answer?”

“Rod & I saw a preview of this movie last week…it is a powerful & touching movie. It should have a large impact on the Christian community.”

“This is a great movie. Saw it at a special showing last week. Ready to see it again.”

But others, who have waged war in prayer for decades, may see this movie in a different light.

My mother, Deborah Reilly, and owner of God’s Girls Christian Store and More, had the opportunity to see the movie at a pre-screening event. And while she said the acting was terrific and the message positive, she found herself losing interest during the premiere.

Not because she doesn’t believe in the power of prayer. She absolutely does. She even has a prayer room. In this case, it’s because she saw the events of War Room as an epic prayer battle—not a war.

“Had I gone to this movie purely for entertainment and even perhaps for an uplifting message all would have been good,” she said. “However, I was given the indication that the movie was about a woman going to war in prayer for her unsaved husband. I have been in that prayer room for nearly a quarter of a century . . . it wasn’t the ‘war’ I had expected.”

While the message is certainly powerful, she feels it may discourage those who have been battling on their knees for the majority of their lives.  “I was hoping and expecting a movie that would span years of prayers, with ups and downs.”

This certainly doesn’t mean the movie is void of all virtue. Reilly will still recommend it, but she’ll do so with a note of caution to those who have been in the trenches praying the same prayer for years.

We know prayer is a powerful weapon, regardless of how long the war carries on. “If you look at the history of the church, the history of revival and the great awakenings, it always was connected to people unifying and praying for the Lord to work in that situation,” Stephen Kendrick said. “And that’s what we want to happen in our generation . . . we’re asking God to use these productions as a unifying agent in the body of Christ. When the church becomes one, as Jesus prayed that we would be, not only will his blessing fall, but I believe that it’s a catalyst of a revival on our generation.”[5]

Have you seen the movie? If you haven’t, do you plan to see it? Let us know in the comments below.

is a freelance writer and contract copywriter who lives in the seacoast region of New Hampshire with her husband, Eric-Thomas,of five years. She currently serves alongside her mother as the Marketing Director for God’s Girls Christian Store and More, a online retail store serving the southern New England region. Her work has been featured in several print and online publications, and she is the recipient of two Faithwriters’ Editors Choice Awards for her short stories, which are scheduled for publication in the Mixed Blessings series. Her first book, Fragile: 30 Days of Hope for the Anxious Heart, is now available at samanthaarroyo.com. She can be reached at [email protected].
Previous Being a Brine of Kindness to a Sour Pickle
Next What Would Jesus Do About Food Waste?