Breaking News
Home / Family / Why Don’t We Live Together 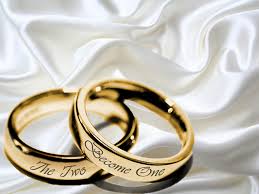 Why Don’t We Live Together

Now concerning the matters about which you wrote: “It is good for a man not to have sexual relations with a woman.” But because of the temptation to sexual immorality, each man should have his own wife and each woman her own husband. 1 Corinthians 7:1

According to an April 2012 article by Meg Jay in The New York Times Sunday Review, “cohabitation in the United States has increased 1500 percent in the last half century.” (http://www.nytimes.com/2012/04/15/opinion/sunday/the-downside-of-cohabiting-before-marriage.html?pagewanted=all&_r=0)   It’s an insidious try-it-before-you-buy-it mentality and leads to further breakdown in the traditional family unit.  But don’t traditions sometimes need to be changed?  Why is that so bad?  And isn’t living together the same commitment as marriage anyway?

First, cohabitation is actually miles away from the same commitment as marriage.  If it wasn’t, why are people living together opposed to getting married?   I personally know people who have lived together for twenty years or more, but they refuse to get married.  According to that same New York Times article, women tend to see cohabitation as a prelude to marriage while men see it as an experiment or a way to avoid a more solid commitment.

Ironically, although couples consider the live-in situation easier to walk away from, it actually hinders moving on from a bad relationship.  There is still the feeling of investment in the relationship as well as the disruption and expense of parting ways.  Add that to the fact that many couples move in together shortly after meeting and beginning to date.  Meg Jay says this phenomenon is “what researchers call ‘sliding not deciding.’”

Because a sexual relationship between dating couples is seen as a natural progression in the relationship, partners begin sleeping over very early in the relationship which quickly escalates into more nights together than apart, which “slides” into the decision to live together.  It makes more sense, economically and emotionally, to share a living space.  You want to be with this person all of the time and you are already sharing a space (actually two spaces), so why prolong the expense of maintaining separate residences?

However, “sliding” often comes without careful consideration of the pitfalls and without discussions of a continuing commitment to one another, because it is seen as an easy out if things don’t work.  Frequently by the time couples decide things are not working, there are also children involved.  For the year 2012 the government’s annual report on birth data shows the percentage of out-of-wedlock births at 40.7 percent. (http://www.nationalreview.com/corner/360990/latest-statistics-out-wedlock-births-roger-clegg)  Although breaking up when living together is not as easy as it seems on the surface, it still supersedes divorce, leading to an increasing number of men and women sharing children with multiple partners.

It is here that the effects of the breakdown of the traditional family come more sharply into focus.  The fallout includes fatherless (or motherless) children who fear building an emotional attachment to a new partner in the mother’s or father’s life, especially in situations involving multiple partners moving in only to move out a short time later.  The ground beneath the feet of these children is anything but solid, leading to a range of negative emotions from fear of commitment to fear of abandonment – a less than ideal foundation for the child’s future relationships.

Satan is a liar.  He has consistently worked to undermine God’s designs and plans in any and all areas of life.  He comes to “kill, steal and destroy” and God’s dearly loved children are his target.  The hostility towards, and resistance to, traditional marriage in all contexts, and the loud cries of the “intolerance” of Christians are not surprising.  He has no new tactics, possibly because we consistently and repeatedly fall for the same ones.  In the beginning God created man and woman for a permanently bonded relationship.  God saw that it was not good for Adam to be alone so He created Eve to be his helpmate.  Satan saw that this was good and set about undermining it right away.  He tempted Eve; she tempted Adam; when their crime was discovered Adam lost no time in blaming Eve for his failings.  So much for a helpmate!

The breakdown of the traditional family leads to the breakdown in trust.  If we can’t trust anyone but ourselves, we become our own island desiring no other anchors but our instinct for self preservation.  Fear is not from God.  We can trust Him with all our fears and doubts if we look to Him for answers.  Trust God’s Word to guide you as you walk through this world on the way to eternity.  He will not fail you.

Previous Water Baptism: Why It’s A Good Idea
Next Our King’s Glory