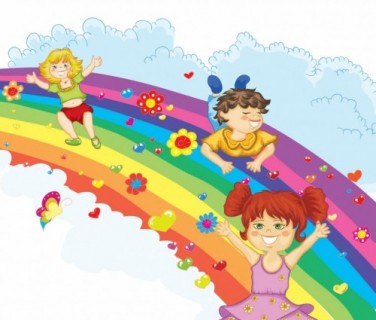 “Now after six days Jesus took Peter, James, and John his brother, led them up on a high mountain by themselves; and He was transfigured before them. His face shone like the sun, and His clothes became as white as the light” (Matthew 17:1-2 NKJV).

The seventeenth chapter of Matthew begins with a divine ethereal scene on a high mountaintop and ends with Jesus instructing Peter to catch a fish. Within the fish he would find a coin to pay their temple taxes. Quite a vast contrast, I might add. Still, Jesus Christ the King is the theme of this entire chapter and I’d like to zero in on ‘The Transfiguration of Jesus’. We notice several aspects of Jesus’ glory as King Eternal and; as far as we know, this is the only time Jesus revealed His personhood in this particular way while He walked on earth.

Appearing alongside Jesus stood Moses and Elijah talking with Him. Almost cheerfully, certainly heroically, Peter said to Jesus, ‘let us make three tabernacles’! While he was still speaking, God allowed a bright cloud to overshadow them. Suddenly, a voice came out of the cloud, saying, “This is my beloved Son, in whom I am well pleased. Hear Him!” (v. 5) At both the baptism of Jesus and the Transfiguration, God the Father publicly declared His great pleasure in His only Son, Jesus. Traveling back down the mountain, Jesus explained He would face great suffering. It’s as if Jesus is teaching an important dynamic lesson on how glory and suffering must go together (v 12).

Studying this passage reveals great news for Christ-followers because we belong to the Kingdom of God forever (John 3:3-5). Since Jesus died on Calvary’s cross, was buried and rose to life, He paid the price for our redemption. Although we’ve been purchased and made new creations in Him, we remain in a sin-sick fallen world. Not that it was smooth sailing for the disciples after they saw the glorified Messiah; nor, will our lives be free from painful trials “In the world you will have tribulation; but be of good cheer, I have overcome the world” (John 16:33 NKJV).

However, God’s splendid truth brings powerful peace, knowing that our redemption is final and permanent. Plus, we have an everlasting hope that fades not away. Indeed, we’re shown here an anticipatory sampling of Christ’s brilliance and radiance in His glorious transfiguration. Do you recall the line from Fanny Crosby’s ‘Blessed Assurance’, “oh, what a foretaste of glory divine”? Remember dear friend, our earthly journey is but a short ride compared to our own soon-coming glorification when we will be like Him! (1 John 3:2)

“Eye has not seen, nor ear heard, Nor have entered into the heart of man, The things which God has prepared for those who love Him” (1 Corinthians 2:9 NKJV—Ref: Isaiah 64:4).

Tags Bright light Glorification transfigured we'll be like Him