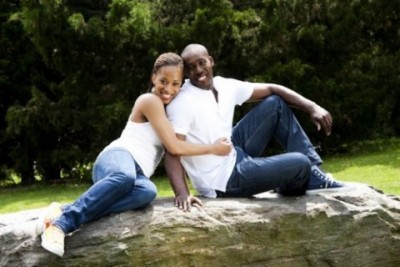 Wives: Your Husband Doesn’t Need to Hear “I Love You”

Take the headline with a grain of salt. Certainly your man needs to hear those three little words every so often, but there are three far more important words he needs expressed on a daily basis: I respect you.

Nothing slices at your Knight in Shining Armor’s heart quite like a nagging, disrespectful remark.

A year or so ago, my husband and I were reading Love and Respect: The Love She Desires, The Respect He Desperately Needs by Dr. Emerson Eggeriches. In it, I learned a startling truth. While I need my husband to fill up my “love tank” daily, my husband is far more interested in being respected. Even more startling was when he told me that if he never heard the words “I love you” again, that was okay—so long as I respected him.

Not hear “I love you”? Never? Not ever again?

Yes, he said. Because for a man, a wife’s respect is love. It’s showing love—and actions speak far greater than words ever could.

Ephesians 5:33 says, “However, each one of you also must love his wife as he loves himself, and the wife must respect her husband.”

There it is. Right there. The blueprint for a happy marriage. So what does that look like?

Wives, it means not nagging. I read a testimony the other day and in it, the wife recounts an episode of when she sent her husband to the grocery store to pick up a few items. When he returned, she went through the bags and discovered 70/30 ground beef among the items he picked up. She always bought 80/20—the healthier, less fatty option (80% lean, 20% fat). Immediately, she made it a point to let her husband know how grand a mistake he had made.

You didn’t get the right kind.

Do I need to spell out every little thing so you get it right?

You can’t do anything right.

And just like that, her husband crumbled beneath her chastising, belittling tone. It got to the point, where her husband began covering up his mistakes to avoid being scolded like a child.

We see this often in sitcoms, such as Everybody Loves Raymond. While a fantastic show, you have to admit that the wife is bossy and demeaning, and the husband is portrayed as helpless and inept. While it makes for great comedy, it’s a recipe for disaster in the real world. Keep up the cycle of nagging, and before you know it, your husband is working late and busying his schedule just to avoid hearing how he can’t do anything right.

After all, Proverbs 21:19 says, “Better to live in a desert than with a quarrelsome and nagging wife.” Those are some strong words, ladies.

The home tends to be the woman’s domain. Stereotypical or not, it’s true. Rather than nag, appreciate his help. Appreciate his effort. Look past the things that really aren’t a big deal: like the percentage of lean meat in the ground beef.

The more you praise him and thank him for his effort around the home, the more likely he is to willingly participate in chores and other household duties. And in those moments of team-cleaning the house, you can subtly and kindly show him how you prefer the towels be folded. It’s all about timing and your delivery.

Respecting your husband also means praising him. Something I’ve noticed is that a man rarely gets praise on the job. And his work is to him like the home is to a woman. It’s super important. He has a strong desire to provide and to protect—it’s instinctual. So when he comes home after a long day, ask him how it went. Listen. And praise him. Because he’s not hearing from his coworkers, and he’s probably not hearing it from his boss either. Be his biggest fan. Because no matter how strong and tough your man is, he needs a cheerleader at home reminding him how smart he is and how well he’s taking care of his family.

One last thing: I often hear women say, “but he doesn’t deserve my respect.” Maybe so. Maybe he’s not exactly the nicest guy on the block. But let me challenge you to respect him anyway. Ephesians 5:33 isn’t contingent on whether or not your husband deserves respect. You’re called to respect him regardless of circumstance. And as you respect him, watch your marriage start to change. Respect does something in the heart of a man, and over time, he’ll start filling your “love tank” in return.

Remember: your husband doesn’t need to hear “I love you;” he needs to hear, with your actions, “I respect you.”

What changes can you make today to start showing your husband more respect?

is a freelance writer and contract copywriter who lives in the seacoast region of New Hampshire with her husband, Eric-Thomas,of five years. She currently serves alongside her mother as the Marketing Director for God’s Girls Christian Store and More, a online retail store serving the southern New England region. Her work has been featured in several print and online publications, and she is the recipient of two Faithwriters’ Editors Choice Awards for her short stories, which are scheduled for publication in the Mixed Blessings series. Her first book, Fragile: 30 Days of Hope for the Anxious Heart, is now available at samanthaarroyo.com. She can be reached at [email protected].
Previous Apple Cider Vinegar: Beauty and Household Uses — Part II
Next Should Your B.F.F. Be of a Different Religion?