Breaking News
Home / Faith / Should Your B.F.F. Be of a Different Religion? 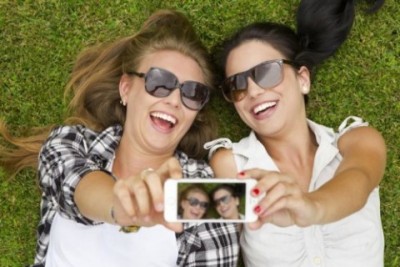 Should Your B.F.F. Be of a Different Religion?

Everybody has a B.F.F. (Best Friend Forever). The question is, is it okay for him/her to be of a different religion? I asked because our best friend is the person we spend most of our time with; a person with whom we share almost everything. While some adults don’t have B.F.F., a teen without one would be considered “The Eighth Wonder of the World”—because that’ll be very rare. Even though most friendships may end after a couple of months, the experiences shared has the potential to last forever.

Adolescence is the vulnerable and impressionable period during which most teens struggle with self-identity. At this point, you’re trying to figure out the best you that you are comfortable being. You’re making sense of your sexuality, and trying to identify yourself with a group. This is why who you associate yourself with at this age, is crucial. Whether you accept it or not, the fact is, your close circle of friends will influence some of your decisions. Through the trust they’ve earned, they have the power to convince and persuade.

I understand some teenagers are easily convinced and others aren’t. That means two things can result from having a B.F.F of a different religion. One, you can lead them to Christ. Two, they can lead you away from Christ. The outcome of either weighs heavily on your relationship with the Savior. If you have a strong connection with God, and you’re deeply grounded in His words, then you won’t be drawn away by the doctrines of another religion. Then, having a friend from a different religion—or a different sexual orientation for that matter—shouldn’t be a big deal.

On the other hand, a Christian teen who hardly study the Bible, and who doesn’t maintain a profound relationship with God, should think twice before getting entwined with a youth from another religion. That’s because anything can sound right, when it’s being said with enough confidence. If you don’t know the truth, the fallacy will become facts. It is never okay to discriminate against anyone, since we’re all equal in God’s sight. But ensure you’re not sacrificing God for your B.F.F.

“Complete my joy by being of the same mind, having the same love, being in full accord and of one mind.” (Philippians 2:2)

Do you have a best friend from a different religion? How has that relationship affected your spiritual life?

Amelia Brown is from the beautiful island of Jamaica. She is a 28 year old Guidance Counselor by profession, but a passionate writer at heart. Most of her articles written are aimed at stimulating positive change under the guidance of the Holy Spirit. She is also a published poet and a member of Faithwriters. Outside of writing, she enjoys volunteering, cooking, and turning frowns right side up. Amelia currently lives in New York.
@ameliambrown
Previous Wives: Your Husband Doesn’t Need to Hear “I Love You”
Next I Am Waiting For You To Pray