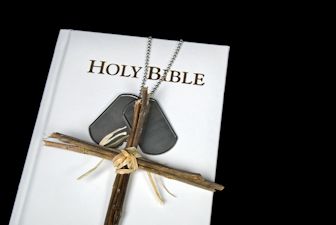 1 Timothy 2:1-3 First of all, then, I urge that entreaties and prayers, petitions and thanksgivings, be made on behalf of all men, for kings and all who are in authority, so that we may lead a tranquil and quiet life in all godliness and dignity. This is good and acceptable in the sight of God our Savior.

Friends, I am not a fan of politics. I think there are some honest politicians out there, but many of them have self-interest in mind. I also don’t like writing about politics, but I’m going to attempt to cover some issues that God has laid on my heart. Let’s begin.

Here’s the situation. According to a 2012 Gallup Poll, 77 percent of Americans identify themselves as Christians. So, why is it that we are the majority, yet we get our beliefs stomped all over? I understand there is a thing called “minority rights”, but this does not mean minorities should have there way with everything. It means there are certain accommodations that can be made to them in various circumstances to keep life fair to them and to avoid prejudice behavior. However, in reality it is the majority that must face prejudice decisions to keep the minorities happy in many cases. Let’s break it down even further.

Why is it Christians get a bunch of guff about praying or reading the Holy Bible in school? After all, this should be expected of us as these things are core to our beliefs. If a teacher or school official does not like it, they should still respect the fact that the student feels enriched by it and it isn’t likely being done to offend anybody. This also gives students a freedom of expression necessary for personal growth.

Also, public schools feed children humanistic religion through biased science books that promote things such as everything exploding into existence from nothing (The Big Bang), all life evolving from a single-celled organism, and that the universe is billions of years old. However, these text books fail to provide an ounce of proof to support these hypotheses.

Why is it that gay marriage is being forced upon us? I mean isn’t marriage a concept that was established through the Holy Bible, which also says homosexual behavior is a sin? Why is it Christians are being forced to cater to this behavior? I certainly don’t want to see this on television. I also don’t think a single judge should be given the power to make decisions like whether or not two men should be able to marry each other or if a bakery should be required to bake a cake for a gay wedding. Why should we be forced to move against our integrity to cater to a minority way of life that God says is sin?

Why is it that politicians care about things when power, personal reputation, or money are involved, but they dismiss us when we question their actions? Our system is supposed to be a system of accountability, not a bunch of thieves and liars. If the politicians were doing as they should, people wouldn’t be questioning their integrity.

Also, why is it many of the laws that the politicians create don’t apply to the politicians who formed the laws. For example, Congress is not governed the same way by the Affordable Care Act that they created for the rest of the population.

Another concern about politicians is they’re making themselves rich off the taxpayers money instead of taking a fair raise that is equal to the cost of living increase that social security recipients and veterans receive.

Why is it that we tend to step in when oil and money are involved in a region that is struggling, but we completely ignore nations that have been dealing with attempts at genocide for years. I’m sure victims in South Africa would certainly appreciate our aid, yet we’re losing soldiers in the Middle East trying to convert parts of it into a democracy when this will never happen. They don’t want our form of government! They’re just a body of financial wealth and we’re giving up soldiers’ lives to try to capitalize on it.

Friends, I could go on and on with the problems our nation is facing with its politics. It is our duty as Christians to stand up for a better way of life for ourselves and our children. Jesus Christ challenged the political leaders during his ministry because He knew they had crooked practices and we need to do the same. Don’t be passive. Find a way to contribute. If we stand united as Christians, WE CAN MAKE A DIFFERENCE! Thank you for reading and God bless.

Joel M. Bauer is a 45-year-old U.S. Army Veteran from Dunn, NC, which is just outside of Raleigh. After being honorably discharged from the U.S. Army, he attended school at Taylor University, a Christian liberal arts school, in Fort Wayne, IN, where he received his BS in social work and psychology. He has worked in such places as a homeless shelter, a community based treatment center for severe mental illnesses, a school for troubled students, and other social service agencies. His current endeavor is to build The Bottom Line website into a site that inspires both Christians and non-Christians alike, and brings glory to God.
Previous Choose Life
Next Sharing the Burden