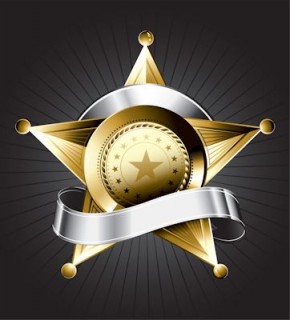 A Heartwarming Tribute To Law Enforcement

On December 21, Wenjian Lui and Rafael Ramos of the New York Police Department were killed in an unprovoked attack of senseless evil. Rafael was going to officially become a lay chaplain. He considered his job to be a ministry of helping people. His message of hope and healing is just the kind needed by the very person who took the life of him and his partner.

Rafael’s son, Jaden, said on Facebook, “…It’s horrible that someone gets shot just for being a police officer. Everyone says they hate cops but they are the people that they call for help…” Well, not all people hate cops. In fact, it is only a small vocal minority that do, and some of those are the ones that are causing all the trouble.  Others, like some in Ferguson and some of our nation’s leaders, choose to focus on racial prejudice instead of on facts. These people are the problem, not the cops.

Here are three stories of cops who care. They represent the thousands of other officers just like Wenjian and Rafael who have a heart for helping people.

In Portland, Oregon, during a recent Ferguson rally, a black kid was holding up a sign which read, “Hugs.” A white police officer on duty asked if he could have one. They embraced in a bear hug, the picture of which went viral.

Fillmore, Utah, was the scene of a routine traffic stop. After the officer issued a warning to an 87-year-old woman, she backed into his cruiser. The trooper decided she should not be driving so he made arrangements for the vehicle to be driven to a safe place and be picked up by a family member. Then he drove her to a location to meet another officer. This exchange and relay happened three times and involved four officers. The last trooper drove her 180 miles to visit her sick son in Ogden Regional Medical Center. He walked into the hospital holding her hand.

In Rosenburg, Texas, an officer was cruising a neighborhood when he saw a boy with a football in his hand. The cop stopped and played catch. The story told that this was one of the ways that police officers in that part of town connect with the kids.

Thank you to the NYPD and police departments across the nation for a job well done and for demonstrating a caring spirit.

“Let every person be in subjection to the governing authorities. For there is no authority except from God, and those which exist are established by God. Therefore he who resists authority has opposed the ordinance of God; and they who have opposed will receive condemnation upon themselves. For rulers are not a cause of fear for good behavior, but for evil. Do you want to have no fear of authority? Do what is good, and you will have praise from the same; for it is a minister of God to you for good. But if you do what is evil, be afraid; for it does not bear the sword for nothing; for it is a minister of God, an avenger who brings wrath upon the one who practices evil. Wherefore it is necessary to be in subjection, not only because of wrath, but also for conscience sake.”  (NASV)

Out of support for our law enforcement personnel a “Prayer for Police” Campaign has been started by E. W. Jackson, a minister, president of STAND (Staying True to America’s National Destiny), and Senior Fellow at the Family Research Council. He is distributing prayer cards in the form of a beautiful poem at police stations around the nation. To view this prayer card or to obtain some to pass out to your local police go to http://standamerica.us/. They cost just $1.00 a copy.

John Livingston Clark is 67 years of age and lives in central Washington State. He has written two published books, and two published poems. His initial book is called, " God's Healing Hope: Breaking the Strongholds of Wrong Thinking." His second book, released in December of 2016, is a motivational book written to seniors titled, " Seniors: Are You Retiring or Recharging?" Both books are available on amazon. You can also view his writings on www.faithwriters.com. John is available to speak on a variety of topics. Visit me at jclarkministries.com
Previous God is Jealous For Me?
Next Senior High and Senior Citizens: the day we bridged the church generation gap