Breaking News
Home / Faith / God is Jealous For Me? 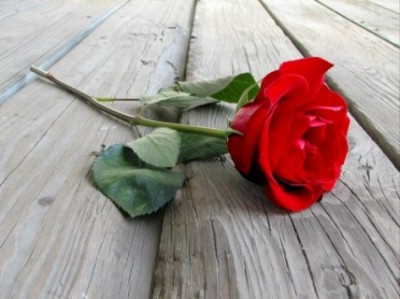 God is Jealous For Me?

I remember one day in 5th grade during recess time two boys began to fight over who would get to “go out with me”. To me this was truly silliness since I had no interest in boys. Looking back on the incident, I think about how jealous the two had become feigning over the “new girl” in school. Although I am certain that the disputation between the two young men was innocent, their emotions were raw and real.

Most of the time when we hear about someone expressing his or her jealousy, it has been in a negative context implying a means of evil or using similar words such as envy, resentment, possessiveness, or even overprotectiveness.

Even the news seems to be full of instances where people have allowed their emotions to overtake their ability to rationalize and reason leaning to extreme measures such as injuring or even murdering others because they were jealous.

In the same manner, jealousy can actually be used in a positive form such as being watchful, desirous, eager, and protective. The idea of being jealous is not a new concept; it has been around literately since the beginning of time. God, our creator, has many names to which He is called, and “Jealous” is one of them.

Yes, the God of the universe not only becomes jealous, but it is one of His many names. He desires to spend time with us and is Jealous when we chose to allow other idols: Social media, television, video games, texting, friends, family, or anything that we idolize, worship, bow down to, or put before Him. For when we do, he is Jealous.

I understand that you may not bow down to your phone, computer, friends, etc, but would you rather spend time with them instead of God? What about those Hollywood actors and actresses or famous athletes? Do you place them above God? Maybe you have a religious relic or a crucifix to represent Jesus’’ death hanging on your wall. If you are giving more credit to the crucifix or relic than the man who actually took the nails, then you have created an idol instead of worshiping the true God.

God is Jealous for you. He loves you so much that He will do whatever it takes just to be with you. He calls us to lay down our idols before Him and spend time in His presence, for His love is unending no matter how far we have wandered. He is jealous for you!

is an author and editor for The Bottom Line Ministries as well as a member of Faith Writers. Currently she teaches high school language arts. She is a mom to four amazing blessings and enjoys every moment life has to offer. Renee has a fervor and drive to learn, she loves to read and spend time with her family, and is involved with her local church ministries. Humbled by God’s gift of words, she has a passion to write what the Holy Spirit has placed in her heart. She hopes to publish her in-progress book someday, but in the meantime, is honored to be placed as part of the TBL writing family and is holding on to the ride wherever God is leading. Renee and her family reside in their country home in Holland, Iowa.
Previous Breaking You: Satan’s Favorite Game
Next A Heartwarming Tribute To Law Enforcement