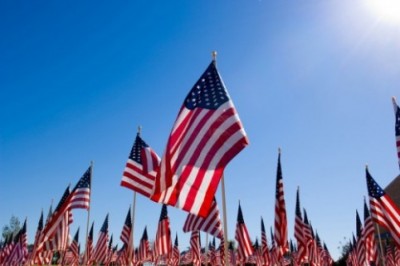 On Tuesday May 13, 2014, Army Sergeant Kyle J. White was awarded by President Obama the Medal of Honor “for his heroic actions in Afghanistan in 2007” (CBS News)

White earned the Medal while serving as a platoon radio telephone operator in the 173rd Airborne Brigade in Nuristan Province. In 2007, White was 20 years old and had almost two years of service experience when Taliban forces ambushed him and his team while headed up a steep incline in an area in Afghanistan known as “ambush alley.”

“Most of White’s team had slid down the hill, but White saw that his fellow soldier Spc. Kain Schilling was badly injured after getting shot in the arm. White helped him apply a tourniquet while shielding Schilling from oncoming fire.” (CBS News)

White placed himself in the line of enemy fire in attempt to help not only Spc Schilling, but also comrade Sgt Phillip Bocks. “‘I saw him out there, that he was exposed and I said basically ‘screw it’ and I got up and ran out to him… I remember thinking to myself I’m not going to make it through this one, you know, because there’s just too much fire, and we’re caught on the side of a cliff. This is it. If I’m not going to make it, then I’m at least going to try to help somebody until it happens.’” (CBS News). Bocks later died from his injuries.

Although the President chose to honor Sergeant White with the nation’s highest military decoration, he does not view himself as heroic. Instead, he believes he was merely doing what his training had taught him and what his instincts made him do.

“Mr. Obama told White, ‘You make us proud, and you motivate all of us to be the best we can be.’” (CBS News)

Here at The Bottom Line, we want to thank you Army Sergeant Kyle J. White for your decision to serve others instead of yourself. We would also like to thank all military men and women who put their lives on the line everyday in order for our Nation to have privilege to the freedoms we continue to enjoy. Thank you for your service.

is an author and editor for The Bottom Line Ministries as well as a member of Faith Writers. Currently she teaches high school language arts. She is a mom to four amazing blessings and enjoys every moment life has to offer. Renee has a fervor and drive to learn, she loves to read and spend time with her family, and is involved with her local church ministries. Humbled by God’s gift of words, she has a passion to write what the Holy Spirit has placed in her heart. She hopes to publish her in-progress book someday, but in the meantime, is honored to be placed as part of the TBL writing family and is holding on to the ride wherever God is leading. Renee and her family reside in their country home in Holland, Iowa.
Previous He Quieted you with His Love
Next Avoid Tribulation at all Costs