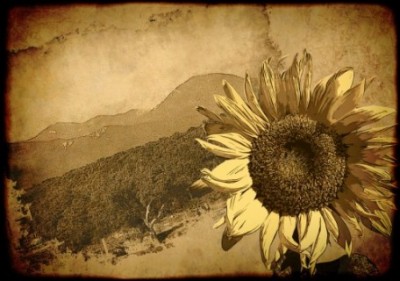 I didn’t know my two grandfathers well, they both passed away before I was four years old. One let me sit on his lap and listen to his pocket watch, the other shared ice cream sanwhiches with me. Both were first-generation Americans. One left school after sixth-grade, the other attended college at Notre Dame before enlisting in the Navy during World War I. I wish I could have sat and talked with them about their lives, and taken their advice for mine.

I lost one grandmother before my fifth birthday, but I remember the homemade doll she made me and the sugar cubes she let me sample from her kitchen table. I did have the blessing of knowing my other grandmother for thirty-six years. I have many memories with her, sitting in her kitchen and talking over homemade cookies when I was in high school, and watching her sew. I still have the rag doll she made me when I was young, and a corduroy coat she made for one of our dolls, with six gold buttons on the lapel. I know about her life on the farm, and how she met my grandfather at a Halloween masquerade ball in 1930 when she was just sixteen. Some never know any of their grandparents and I’m thankful to have known her.

Grandparents are a vital part of our families. Sadly, we often realize this only when they’re gone. But there is a day set aside each year for us to spend honoring their lives, spending time in their presence. National Grandparents Day is celebrated every year on the first Sunday after Labor Day, in September. Its beginnings couldn’t have come from a better source: a West Virginia woman who raised 15 children and was the grandmother to 40 grandchildren!

Marian McQuade ( 1917- 2008) of Oak Hill, West Virginia, grew up spending much time with her own grandmother, Maude, who worked a farm and still found time to visit the elderly in her community. Marian often accompanied her, and thoroughly enjoyed hearing the stories told by the local seniors, developing a great respect for them that she never lost.

In 1956, Marian McQuade helped editor Jim Comstock organize the very first Past 80 Party, which has become an annual celebration for seniors in West Virginia. It was while organizing this event that Mrs. McQuade became sadly aware of the loneliness faced by many of these seniors, stating that while they are often remembered with gifts at Christmastime, they are forgotten the rest of the year. “I wanted there to be another day to visit,” she stated.

She would work for this effort to honor the elderly for many years. Then, in 1973, West Virginia would be the first state to proclaim a Grandparents Day. For five years prior, Marian had lobbied to see this proclamation become a reality. After this victory, she worked with Senator Robert Byrd and Senator Jennings Randolph to create a nation-wide day of remembrance. In 1978, President Jimmy Carter signed National Grandparents Day into law. (Public Law 96-62) The first observance was on the Sunday after Labor Day in 1979.

Through the convictions of one woman, Marian McQuade, we now have a special opportunity to show love and respect to our elderly. But we should take every opportunity we have to include not only grandparents, but elderly friends and neighbors in our activities; taking an interest in the many life lessons they have to offer us. Is there someone you can set some time aside for today? Maybe a grandparent would appreciate a call, or an elderly neighbor could use some assistance around their home. Honoring our elders is the godly thing to do, and someday we will be the one to benefit from someone’s kindness in our autumn years.

Read about the beginnings of this National holiday: http://www.grandparents-day.com/

My husband Dan and I have three children and three grandchildren. We live in central Illinois. I am a graduate of The Institute of Children's Literature, a member of faithwriters.com, and a member of SCBWI. My writings have been published at chirstiandevotions.us, in DevotionMagazine, the PrairieWind Newsletter, and here at thebottomline.co.
Previous Are You Mad At God?
Next A Little Leaven