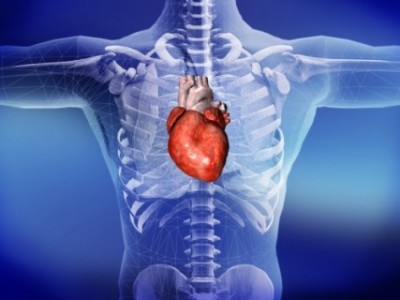 Christianity is the only institution on earth that can truly change the heart of man. Change the heart of a people and you will change the way politicians legislate law and how people will vote on those laws. Jesus said in Mark 7:15” Nothing outside a person can defile them by going into them. Rather, it is what comes out of a person that defiles them.” The church will step up its role in being the witnesses that Jesus said we should be in the world; then the heart of man will be transformed by the power of God working through the body of Christ.

God changes the inside of a person then what comes out of that person will not be defiled but pure. The church allows God to change the political process through her then the people running the government could be ordained of Jesus Christ;they would write laws directed by the wisdom of God that will change the moral climate of the country. Citizens of the United States will be guided by the Holy Spirit and the Word of God thereby changing the landscape of society;changing our nation back into “One nation under God.”

We will be the nation that God through the founding Fathers originally intended us to be. The United States will be the beacon of light to the world distributing the gospel of Jesus Christ across the earth in the power of the Holy Spirit. Our nation flowing in a revival that would stretch to the four corners of the globe. Crime and immorality would be eliminated under the hand of God. Abortions would be non-existent and divorces would become a notion of the past.

The Church needs to get involved in politics by changing the inside of man and leading the way in bringing the gospel of Jesus Christ to the political process and watching the nation be transformed into the godly culture we were meant to be from the founding of our great nation. Jesus Christ through his body is the only way this will become reality.

Greg is a born again believer who testifies to the absolute transforming power of God's word. Greg has been called to full time ministry and He has known Jesus for most of his life. Greg received his degree in Pastoral Ministries from what was formerly Bethany University in Santa Cruz,California. View Greg blogs on iwriteforjesus.com. Greg has a book published on " To Jesus Christ the High Priest of my confession: A personal Testimony." find it on http://www.amazon.com/Christ-Priest-Confession-Personal-Testimony/dp/1507706847/ His testimony in short form is published in "Trials and Triumphs II" on http://www.amazon.com/Trials-Triumphs-II-FaithWriters/dp/1498416012/. This book is filled with 50 inspirational testimonies and is a project of Faith Writers.
Previous ‘You Gotta SEEK’
Next How to Overcome the P.P. Disease