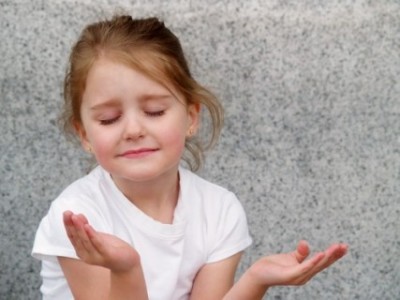 Mark 10:13-15 (NLT) 13 One day some parents brought their children to Jesus so he could touch and bless them. But the disciples scolded the parents for bothering him. 14 When Jesus saw what was happening, he was angry with his disciples. He said to them, “Let the children come to me. Don’t stop them! For the Kingdom of God belongs to those who are like these children. 15 I tell you the truth, anyone who doesn’t receive the Kingdom of God as a child will never enter it.”

How sad that there are those today who continue to scold the little children for wanting to see Jesus. Even worse that it is sometimes those who are in positions of authority over our own children.

The reasons may have changed. In biblical time, children had no standing in society during the time of Jesus. Perhaps the disciples felt that Jesus was far too important. Perhaps they believed the parents were wasting His time by bringing their children to him to receiving a blessing. Indeed Jesus – the long awaited Messiah, and His words, His miracles, and His time were important. But He certainly set his disciples straight. He loves all people. Little children are just as important to Jesus as any other person in the crowd. He went so far as to use the children to describe the kind of faith we are to have.

Today, authorities still desire to keep the children from Jesus. The reason, however, is not because they feel He is too important. Some believe He is not important whatsoever. Some may believe He ‘was a good man’, but nothing more. Some also believe as this little one explains, that He has no place within the walls of the institutions where we send our children to become ‘educated.’

Praise God for parents, like those of this sweet girl, who teach their children to pray. Not only are they teaching her to love the Lord, they are teaching her how to respond to those who don’t. She responded fearlessly when the teacher told her that she could not pray. She tried to set the teacher straight when she attempted to tell her that it was not good to pray. No doubt that her parents taught her to respect authority, but she knew that (in this case) the authority was wrong.

Since viewing this video, I attended a local school fundraiser. Much to my surprise, the pastor was introduced to open the evening with prayer. Even more surprising, the prayer was not of the generic variety. The pastor asked for a blessing on the evening….in Jesus’ name. There was no riot and the ceiling did not fall in on us. Fun was a had by all. Praise the Lord for communities that have not removed Him from their schools.

Psalm 116:5-7 (NLT) 5 How kind the Lord is! How good he is! So merciful, this God of ours! 6 The Lord protects those of childlike faith; I was facing death, and he saved me. 7 Let my soul be at rest again, for the Lord has been good to me.

Melinda is currently the worship leader at her small church in rural America. Married for 23 years, she and her husband Larry have one son. She is the Director of Mailing in the print/mailing industry by day and freelance author by night. Her desire to write is a passion borne from tragedy. God used it to take her faith to a much deeper level. Melinda is a freelance writer and member of FaithWriters. She joined the TBL team in March 2014. Believing we are citizens of a greater ‘kingdom,’ her articles for The Bottom Line examine governmental responsibility, citizen involvement and current political topics. With the great wisdom contained in scripture as her guide, she looks at today’s political environment from a Biblical perspective. She prays her words will prompt the reader to view citizenship - and every aspect of their life, through the eyes of faith. Col 3:17 To read more of Melinda’s writings on her faith, hope, and life visit her blog Still Living Still Loving or her page at Faithwriters.com. You can also follow her on Twitter @MKZbk.
@@MKBzk
Previous Miracles in Motion
Next Having Confidence in God