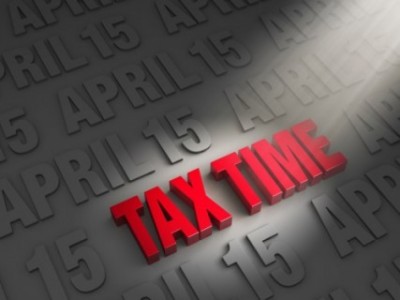 First, yes Christians should pay taxes to support the government authorities that God has put over them. Paul says this clearly in Romans 13:6 “This is also why you pay taxes, for the authorities are God’s servants, who give their full time to governing.” Christian brothers and sisters who support their families by working for the government get paid by the rest of the church paying their federal and state taxes. We are exhorted in Romans 13:1-2” Let everyone be subject to the governing authorities, for there is no authority except that which God has established. The authorities that exist have been established by God. Consequently, whoever rebels against the authority is rebelling against what God has instituted, and those who do so will bring judgment on themselves.” So we choose not to pay our taxes thereby rebelling against the governmental authority God has instituted over us and ultimately we rebel against the Holy One himself.  We will bring judgment on ourselves if we do not pay our taxes. Try tax evasion and I guarantee the IRS will audit you and level some heavy tax burdens against you and jail time could be in the equation as well.

Secondly, Christians should pay taxes because in doing so they honor God and reflect a good witness to secular society. When we honor God He will honor and bless us because we obey his commands. Jesus said if we obey his commands we love him. So we pay our taxes and hearken unto his voice. Ultimately we show our dedication for him by obeying Romans 13:6.

Finally, Jesus had some important words to say about his children paying their taxes. He paid taxes. Matthew 17:17-21” Tell us then, what is your opinion? Is it right to pay the imperial tax to Caesar or not?” But Jesus, knowing their evil intent, said, “You hypocrites, why are you trying to trap me? Show me the coin used for paying the tax.” They brought him a denarius,and he asked them, “Whose image is this? And whose inscription?” “Caesar’s,” they replied. Then he said to them, “So give back to Caesar what is Caesar’s, and to God what is God’s.” And Matthew 17:24-27” After Jesus and his disciples arrived in Capernaum, the collectors of the two-drachma temple tax came to Peter and asked, “Doesn’t your teacher pay the temple tax?” “Yes, he does,” he replied. When Peter came into the house, Jesus was the first to speak. “What do you think, Simon?” he asked. “From whom do the kings of the earth collect duty and taxes—from their own children or from others?” “From others,” Peter answered. “Then the children are exempt,” Jesus said to him. “But so that we may not cause offense, go to the lake and throw out your line. Take the first fish you catch; open its mouth and you will find a four-drachma coin. Take it and give it to them for my tax and yours.”

Clearly in the preceding verses, Jesus not only tells us to pay to Caesar what is Caesar’s but he also paid his taxes owed to the emperor, who embodied the ruling government in Israel at the time. Jesus miraculously provided the money for Peter and himself to pay the temple tax. The Lord made a supernatural provision for the tax so we would know how important it is for us to obey God and pay our taxes.

Greg is a born again believer who testifies to the absolute transforming power of God's word. Greg has been called to full time ministry and He has known Jesus for most of his life. Greg received his degree in Pastoral Ministries from what was formerly Bethany University in Santa Cruz,California. View Greg blogs on iwriteforjesus.com. Greg has a book published on " To Jesus Christ the High Priest of my confession: A personal Testimony." find it on http://www.amazon.com/Christ-Priest-Confession-Personal-Testimony/dp/1507706847/ His testimony in short form is published in "Trials and Triumphs II" on http://www.amazon.com/Trials-Triumphs-II-FaithWriters/dp/1498416012/. This book is filled with 50 inspirational testimonies and is a project of Faith Writers.
Previous You Are God’s Precious Child
Next Global Warming and Christianity