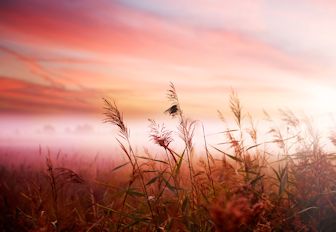 The problem with taking political issues from a Christian perspective is that they always get tied up in the politics of it all. Therefore, a politician who is using Christianity as part of their platform and who does not believe in global warming is going to force many conservative Christians to say that they don’t believe in global warming. The rhetoric is sometimes so strong that it’s hard to keep it from getting into your head. The bottom line, however, is simple.

God created science, and the Earth and the atmosphere in which global warming is occurring. He also gave man free will. Much of that free will was used for the advancement of humankind, and that is a good thing, but one of the byproducts has been greenhouse gas emissions that are causing global warming. God also created the science by which scientists can track what happened in the past and reliably predict that the planet gets warmer and cooler over long spans of time. So, it is silly to say that global warming does not exist or is a farce. Why is that?

It is hard to believe that God exists and not believe that He created the atmosphere in which global warming is occurring. Rather than worrying about things like global warming, let’s instead focus on how much God loves us and how we can work to protect His beautiful creation. This could mean conserving water, recycling plastic grocery bags or installing solar panels on the house.

Even more so, it is important to do things that project God’s love to other people. Volunteer at a food pantry that serves the poor, donate to a battered woman’s shelter or do something that makes a difference in the community. There’s no need to argue about global warming when we can do so many great things in the world.

Joel M. Bauer is a 45-year-old U.S. Army Veteran from Dunn, NC, which is just outside of Raleigh. After being honorably discharged from the U.S. Army, he attended school at Taylor University, a Christian liberal arts school, in Fort Wayne, IN, where he received his BS in social work and psychology. He has worked in such places as a homeless shelter, a community based treatment center for severe mental illnesses, a school for troubled students, and other social service agencies. His current endeavor is to build The Bottom Line website into a site that inspires both Christians and non-Christians alike, and brings glory to God.
Previous Christians should pay Caesar taxes
Next Bringing Up Girls the Right Way