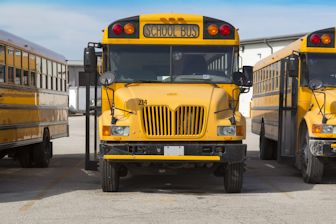 Common Core is the phrase given to comprehensive legislation affecting education throughout America.  The Common Core controversy presents serious considerations for Americans and Christians, in particular.  Ignorance of any issue is a tool of the devil.  Failing to explore this issue puts our children and the future of America at risk.  Education is power that we must not allow non-Christian ideology to hi-jack.  Whether Christian parents use private schools, home education or public schools, Common Core will affect their children’s education.

Elevating education standards seems like a cohesive issue; everyone wants the best for our youth—for our future.  So why do we have so much controversy over the education reform known as “The Common Core?”  The difficulty arises in the definition of best and who determines it!  Common Core began as a quiet initiative to raise education standards in public schools to better equip students with college and career demands in the 21st century.

Initially this sweeping reform only involved state governors, a few educators, fewer parents and no public discussions.  Common Core legislation is a battle that now rages across the nation.  In fact, at this point only ten states wholly accept it as presented; forty continue to examine and hear protests against the changes.  Despite the controversy, many testing services and curriculum developers have already altered their materials to coincide with the new standards.

History readily reveals the importance of education to Americans.  An extensive study of public education is available at  http://www.pbs.org/kcet/publicschool/.  Settlers cooperatively formed schools before the nation solidified.  Governmental control of education, though, has always met with resistance.  Until the mid-1800s, the majority of American schools were locally organized and funded.  Most utilized the Bible or scripture-based textbooks such as the McGuffey Reader for students.  Public funding in the mid to late 1800s began a progression of government involvement that plays into today’s Common Core controversy.  While the development of the standards came about with private funding, significant federal dollars stand as implementation enticement.  The financial issues add fuel to an already divisive situation.

Understanding the issue is complicated because critics do not agree on the complaints.  Multiple issues abound on academic, developmental and political fronts.  The process by which the standards became law riles many.  Others adamantly oppose the learning modalities emphasized and argue that age and developmental appropriateness is absent.  Content frustrates others who view the underlying ideology as promoting a political agenda that is anti-Christian.  The loss of local input and individualized application compound these concerns.  The breadth of complaints coupled with unexpected costly implementation issues landed Common Core back in the laps of politicians.  Many states have grassroots organizations providing information and allowing for citizen impact.  You can learn more at http://truthinamericaneducation.com/.

Proponents adamantly insist Common Core is not a curriculum.  Critics vehemently argue that the standards so significantly drive content that Common Core is the equivalent of a national curriculum.  This is particularly offensive to those who select private education options, including Christian schools, Classical Education, Charter Schools and Home Education.  Non-traditional education will not escape the far-reaching implications of Common Core.  A national standard (or curriculum) directly affects college testing scores, acceptances and ultimately careers.  If you would like to learn more about the testing concerns, consider visiting http://www.fairtest.org/.

As Christians, we must arm ourselves with knowledge and prayer.  Scripture assures us we receive the mind of Christ and that wisdom is available for the asking.  Advocating for significant public policy from a Christian view is hard work…but our future and our children’s future is at stake.

Billie Jo is wife to Craig and mom to Rusty and Riesa. Formerly employed in the human service industry, the past fifteen years have been dedicated to homeschooling. She is a freelance writer for a number of print and internet publications. She is also passionate about serving in the community. She works in a GED preparation ministry and a community-based servant program that provides opportunities for youth to serve others. It is passion for the love of Jesus and His transforming work that motivates her writing and serving. "I love to see God at work in the lives of others and this is the way I see best."
Previous The Importance of Forgiveness
Next Honoring Your Parents: A Commandment with a Promise