Breaking News
Home / Featured / Does God Care if I Speed? 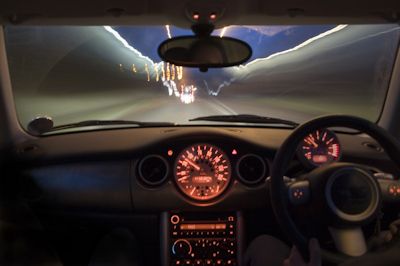 Does God Care if I Speed?

Does God Care if I Speed?

Rom 13:1 Let every soul be subject unto the higher powers. For there is no power but of God: the powers that be are ordained of God.

When I was in the U.S. Army, I was stationed over in Baumholder, Germany. It was common for soldiers to buy an old BMW, or other German make of automobile. We generally referred to these as “hoopties.” So, I had my 1986 BMW 525 and I was able to cruise nicely down the Autobahn. What I noticed was that the traffic was usually spread out nicely because everybody was going at a different speed. However, even on the Autobahn there are points where there are speed limits due to higher congestion.

Eventually I was honorably discharged from the Army, and I began attending college. A matter that one of my professors challenged his student was whether or not it was okay to speed. Of course the answer was “No, it is not okay to speed.” As the scripture in Rom 13 states, we are subject to the higher powers of the land which are ordained by God and that includes following the speed limit.

Now you’re probably disappointed that I didn’t say it is okay to speed, but lets put it into perspective. There are literally millions of accidents each year. Not just by drunk drivers, but by people who have a lead foot. There are people who have been the victims of hit-and-runs because someone is going too fast and ends up careening into them along the road. I tell you, these people more than likely didn’t mean to kill anybody but they lost control of their vehicle from going too fast.

So, even though it is wrong to speed there are ways you can avoid falling into this habit. You can leave early for work. You can try checking one of the news channels to get traffic updates so that you can be informed of potential delays on certain routes. You can also consider carpooling with friends so that you can use the quicker carpooling lane. Backing off on the gas pedal will not only please the Lord, but it might just help you avoid a fine or even save a life. God bless.

Joel M. Bauer is a 45-year-old U.S. Army Veteran from Dunn, NC, which is just outside of Raleigh. After being honorably discharged from the U.S. Army, he attended school at Taylor University, a Christian liberal arts school, in Fort Wayne, IN, where he received his BS in social work and psychology. He has worked in such places as a homeless shelter, a community based treatment center for severe mental illnesses, a school for troubled students, and other social service agencies. His current endeavor is to build The Bottom Line website into a site that inspires both Christians and non-Christians alike, and brings glory to God.
Previous Draw Near to Him
Next They’re Speaking What?