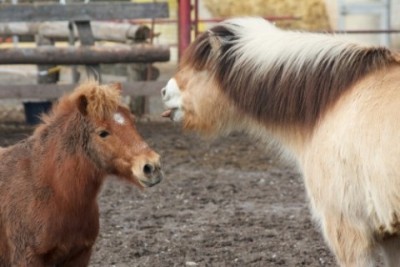 Some people have thought them to be crazy with their words flowing from their mouths, a language spoken by no other being on earth. They call it a love language from God and now neuroscience has tried to support this idea.

“Researchers at the University of Pennsylvania took brain images of five women while they spoke in tongues and found that their frontal lobes — the thinking, willful part of the brain through which people control what they do — were relatively quiet, as were the language centers. The regions involved in maintaining self-consciousness were active.” (Carey)

Is this really biblical?  Is it possible that God has given his Christ followers a language to intercede with Him in the Spirit realm? “For anyone who speaks in a tongue does not speak to people but to God. Indeed, no one understands them; they utter mysteries by the Spirit.” (1 Corinthians 14:2).

In continuing, “Ms. Morgan, a co-author of the study, was also a research subject. She is a born-again Christian who says she considers the ability to speak in tongues a gift. “You’re aware of your surroundings,” she said. “You’re not really out of control. But you have no control over what’s happening. You’re just flowing. You’re in a realm of peace and comfort, and it’s a fantastic feeling.”

God also makes it clear that speaking in tongues has a specific purpose:

For Edification–“Anyone who speaks in a tongue edifies themselves,..”(1 Corinthians 14:4).

For Prophecy-“Now, brothers and sisters, if I come to you and speak in tongues, what good will I be to you, unless I bring you some revelation or knowledge or prophecy or word of instruction?” (1 Corinthians 14:6)

For the Unbelievers-“Tongues, then, are a sign, not for believers but for unbelievers…So if the whole church comes together and everyone speaks in tongues, and inquirers or unbelievers come in, will they not say that you are out of your mind? But if an unbeliever or an inquirer comes in while everyone is prophesying, they are convicted of sin and are brought under judgment by all, as the secrets of their hearts are laid bare. So they will fall down and worship God, exclaiming, “God is really among you!” (1 Corinthians 14:22-25)

For Spiritual Gifts- Speaking in tongues is also considered a spiritual gift. “To one there is given through the Spirit a message of wisdom, …, to another gifts of healing by that one Spirit, to another miraculous powers, to another prophecy, …, to another speaking in different kinds of tongues, and to still another the interpretation of tongues. All these are the work of one and the same Spirit, and he distributes them to each one, just as he determines.” (1 Corinthians 12:7-11)

Other interesting facts about the research show that “Contrary to what may be a common perception, studies suggest that people who speak in tongues rarely suffer from mental problems” (Carey).

Lastly, “the new findings contrasted sharply with images taken of other spiritually inspired mental states like meditation, which is often a highly focused mental exercise, activating the frontal lobes.”

As Christians your salvation is not defined by your ability or inability to speak in tongues, and there are times when the gift is not to be used.  However, if you are intrigued by the idea of being filled by the Holy Spirit , based upon the research, it may be a benefit to your life.

is an author and editor for The Bottom Line Ministries as well as a member of Faith Writers. Currently she teaches high school language arts. She is a mom to four amazing blessings and enjoys every moment life has to offer. Renee has a fervor and drive to learn, she loves to read and spend time with her family, and is involved with her local church ministries. Humbled by God’s gift of words, she has a passion to write what the Holy Spirit has placed in her heart. She hopes to publish her in-progress book someday, but in the meantime, is honored to be placed as part of the TBL writing family and is holding on to the ride wherever God is leading. Renee and her family reside in their country home in Holland, Iowa.
Previous Does God Care if I Speed?
Next Women in Ministry