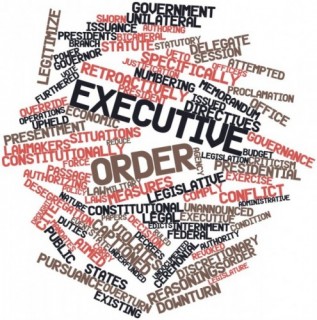 Jay Sekulow recently testified before a congressional committee regarding the constitutionality of the President’s executive action regarding illegal immigration – or rather lack of.

There are very apparent reasons to support a merciful response (not administering deserved punishment) to some illegal immigrants living in America. We are, in general, understanding and compassionate people. We may know, personally, someone who is a good, kind, hardworking man or woman who are here illegally. They simply want to support their family and make a better life for their children. That’s what America is all about, right?

Yes, it is. However, we are also a nation of laws. We are a nation that has three very distinct branches of government. We are a sovereign nation guided by a Constitution drafted in such a way as to protect its sovereignty. Men and women, through the years, have fought and died to ensure it.

Democrats have their ideas about the ‘immigration issue.’ Republicans have different priorities and concerns. The President, through recent action, tells us he does not have the patience to wait for Congress to come to an agreement.

The legislators and the President are sworn to uphold the Constitution. Congress makes the laws, not the President, not the courts…the people. In his testimony before the committee Mr Sekulow argues why immigration law is one of the most critical laws to be preserved.

Now, Mr. Obama has declared that our relationship with Cuba is now going to be ‘normalized.’ We will have an American embassy in Cuba and trade relations will be restored. It will be removed from the watch list of countries sponsoring terror. – Just like that….after decades.

Secret talks and prisoner trades, then an announcement from Mr. Obama – that’s all it took? This is yet another action taken by the president that could have monumental consequences. Without question, this is an issue that should require a Congressional super-majority approval… or an approval… or at least a vote… or how about a ‘heads-up.’ This is shocking and it is ridiculous.

Perhaps Mr. Obama admires the dictatorial government leaders in Cuba. “A new approach is needed,” he declares. – Because the old approach is not working. Perhaps he is reaching out to restore a ‘normal’ relationship so he can ‘better understand’ how dictatorships work.

Mr. Obama is helping us to better understand how dictatorships work. Mr. Obama is doing all he can to make good on his goal to fundamentally transform America. We the people better demand that our other two branches of government perform the checks and balances they are elected and appointed to conduct.

The history of the bible confirms that God is in control. He has allowed, weak, poor, and at times wicked leaders into power to bring his rebellious children out of their complacency. Some nations, like Nineveh, repented quickly. Jonah 3:7-10  Others were in slavery for years.

33 When Your people Israel are defeated by an enemy because they have acted against You and wronged You, if they come back to You and praise Your name and send their requests to You in this temple; 34 then hear them in heaven, forgive them for their sins, and lead them back to the promised land You gave to their ancestors. 1Kings 8:33-34 (Voice)

Melinda is currently the worship leader at her small church in rural America. Married for 23 years, she and her husband Larry have one son. She is the Director of Mailing in the print/mailing industry by day and freelance author by night. Her desire to write is a passion borne from tragedy. God used it to take her faith to a much deeper level. Melinda is a freelance writer and member of FaithWriters. She joined the TBL team in March 2014. Believing we are citizens of a greater ‘kingdom,’ her articles for The Bottom Line examine governmental responsibility, citizen involvement and current political topics. With the great wisdom contained in scripture as her guide, she looks at today’s political environment from a Biblical perspective. She prays her words will prompt the reader to view citizenship - and every aspect of their life, through the eyes of faith. Col 3:17 To read more of Melinda’s writings on her faith, hope, and life visit her blog Still Living Still Loving or her page at Faithwriters.com. You can also follow her on Twitter @MKZbk.
@@MKBzk
Previous Let’s Have A Moment of Silence
Next Is God Really For Me?