Breaking News
Home / Faith / Is God Really For Me? 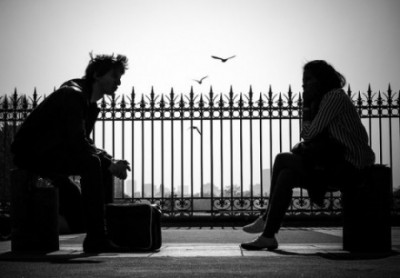 Is God Really For Me?

Last week I was casually asked what I was doing for the weekend. I told the man who asked that I was really excited about an upcoming event at church. I was really surprised by the way this man’s face was surprised and quickly responded with, “Well that’s good for you”.

The fact is that it is good for me but it’s also good for you too just like it’s good for this man I was talking to. I see this man nearly every week and I want for him to realize knowing Jesus is good for him and that he is missing out.

The beautiful truth is that Jesus is a universal hope that we can all have. You don’t have to be perfect or belong to a church in order to believe in the promises that the Lord has given us. The old testament tells us about a prostitute named Rahab. She had a unhealthy reputation and she would of been the last person that would of been viewed as favored or blessed by the Lord. In fact, people would of labeled her as being too far from the Lord to ever have been loved by the Lord yet alone saved by him. Yet that is exactly what the Lord did–he loved her and saved her.

Sometimes people assume that the Lord could never love them because, like Rahab, they have done too many bad things. However, that is exactly why Jesus came here to live on earth as a man…to love the sinners. He came to show us that we aren’t loved because we do good things or even appear good to others around us. He came to live amongst us to prove his love for us so that we can join him in heaven for eternity.

Sarah loves Jesus and is unashamed to tell the world about His truth and bold love! Her purpose is to encourage others to seek the truth as they pursue who they are in Christ. She is also a Mom and feels blessed to call Colorado her home.
Previous God’s ‘Executive Order’ Remains In Tact
Next God is Refining You