Breaking News
Home / Featured / Is There Scientific Evidence that Prayer is Good for Our Health? 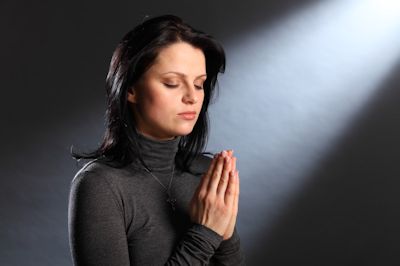 Is There Scientific Evidence that Prayer is Good for Our Health?

In a randomized, double-blind study on intercessory prayer, Randolph Byrd, a cardiologist, studied 393 CCU (coronary care unit) patients at San Francisco General Hospital. Though all patients received medical care, some patients were also prayed for by home-prayer groups while others were not. Patients receiving both medical care and prayer showed less likelihood of requiring antibiotics – 3 vs. 16. Pulmonary edema, fluid in the lungs due to the heart’s inability to pump properly, was also less likely – 6 vs. 18.

Whether praying “Thy will be done” or making specific requests, answered prayer was seen. Nothing seemed to block the effects of prayer. Even when separated by a lead-lined room or a cage which shielded all electromagnetic energy, the effects were unhindered. Some physicians noted that people fare better with prayer even if they don’t know people are praying for them. Many doctors believe that praying with their patients enhances the outcome of their care, and they have put this into practice. When people pray for themselves, tests show that the production of stress hormones such as cortisol, epinephrine and norepinephrine are inhibited.

One pediatric surgeon told of one of his patients who lay dying because of a severe postoperative infection after radical bowel surgery. All treatment modalities had failed. The physician prayed for the one-year-old child that night and heard these words in his mind: “I want you to tell his mother that he will get better.” Though he didn’t really know how to tell her that her dying child would live, he somehow found the words and conveyed the message. The next day, the child took tiny amounts of food and began the long road to a full recovery.

“And Jesus went about all Galilee, teaching in their synagogues, and preaching the gospel of the kingdom, and healing all manner of sickness and all manner of disease among the people.” (Matthew 4:23 / KJV) Many stories in the Bible connect healing with faith. Though there is no guarantee that every illness or condition will be healed by God during our lifetime, there is no disputing God’s ability to heal. As Christians, we believe that faith and prayer open the door for God to send down His blessings and healing.

In what way has God brought healing to your body through prayer?

Denise is a Registered Nurse, married, and has lived in Alabama all of her life. She has been a Christian for more than 40 years and has studied Prophecy for over 25 years. She writes devotionals for Faithwriters (www.faithwriters.com). She also writes for TGGmag ('Tween Girls and God online magazine for girls age 9-12). She desires to share Christ with others through her writing and is looking forward to the soon return of our Lord Jesus Christ.
Previous Are We Teaching Our Kids Impatience?
Next The Lure of Magic, Part II