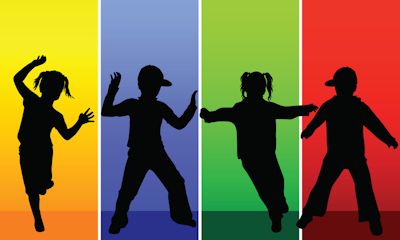 Like many boys his age, 9-year-old Hector Montoya of Grand Prairie, Texas, wanted a Playstation 4. He had been able to save $300 from his allowance money when he heard about a fatal house fire. He decided to forfeit his Playstation, in turn spending the money on 100 smoke detectors for homes that had none. One of the homes belonged to an elderly gentleman who is 91. Hector said, “I am making a difference by doing this…” Did he still get his coveted video game console? Yes, his sister and friend bought one for him.

Turning now to Grand Prairie High School, Lily Skinner, a member of the senior class, had been bullied by a group of girls who told her she was homecoming queen when they knew she was not. They just wanted to see her be disappointed and let down. Two of her closest friends heard about it. They decided to do something for Lily and put the bullies in their place. Both of them were in the homecoming court and when the big night arrived, one of them was chosen queen. Then in a very selfless act  her friend gave up her position , giving the crown to Lily. Her friend said, “We need people like” her.

The world also needs people like Lily’s friends and Hector Montoya. These are young people who have already learned sacrificial giving of themselves to help other people. They are putting other people above their own desires. I am reminded of the verse in Romans 12: 10 which says to “…give preference to one another in honor,” and to “do nothing from selfishness or empty conceit, but with humility of mind let each of you regard one another as more important than himself,” Philippians 2:3.

These kids who care are providing true role models for the beauty of the inner person. They have already learned that it is not so much what a person does but how much it is making a difference in the lives of others. They each have hearts as big as the State of Texas

John Livingston Clark is 67 years of age and lives in central Washington State. He has written two published books, and two published poems. His initial book is called, " God's Healing Hope: Breaking the Strongholds of Wrong Thinking." His second book, released in December of 2016, is a motivational book written to seniors titled, " Seniors: Are You Retiring or Recharging?" Both books are available on amazon. You can also view his writings on www.faithwriters.com. John is available to speak on a variety of topics. Visit me at jclarkministries.com
Previous Animal Therapy Equals Love
Next Prayer Warriors-The First Line of Defense