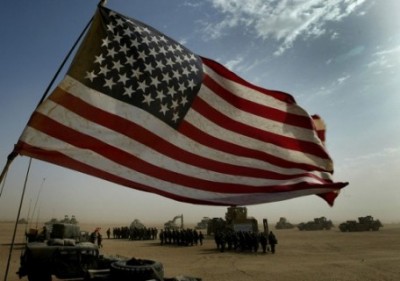 Let Us Not Be A Nation of Grumblers

Our president’s approval rating is at it’s lowest. The Congress is not getting very high ratings either. Do these ratings even mean anything? Are they telling us anything we don’t already know? The ‘people’ are not happy with the job their elected officials are doing. Is it even possible to find a candidate who could unite the people? Probably not without a fundamental transformation – not of the nation but within the nation’s heart.

Grumbling at leaders has been going on for centuries. Even Moses, who with God’s help defeated Pharaoh and led the Israelites out of slavery, became unpopular when faced with a challenge. Moses’ didn’t have a political strategy. His simply was obedient to God’s leading. If this leader (personally selected by Almighty God) could be the subject of grumbling, how is anyone to stand a chance? What would be an incentive to run for office if one’s reward is likely to be ridicule, insults, and grumbling? It certainly is not much of a reward.

Exodus 17:4 Then Moses cried out to the Lord, “What am I to do with these people? They are almost ready to stone me.”

And therein lies the problem. Service is not supposed to be a reward. But it should be rewarding. We need godly pubic servants who are willing to be obedient God, just as Moses was. We need leaders who seek Gods wisdom and will then be strong enough to lead where God directs. We need humble servants who can realize their limitations and who are not afraid to make difficult decisions.

Tough decisions should not be approached in a prideful manner but with humility before the Lord. They should also be approached with strength and conviction. Does such a candidate exist and, if so, could he or she get elected in America? Only God knows the answer to this question.

We choose to be rebellious just like the nation of Israel. Despite their delivery from 400 years of slavery and the repeated demonstrations of God’s power, like spoiled children, they rebelled when they did not get their way.
God’s hand of blessing has been on our country. Service men and women defend us so that we may enjoy freedom. We  live, for the most part,  in safety. Yet we, like spoiled children, grumble amongst ourselves and demand separation of church and state.

As we pray for the hearts of this nation, Christian patriots should seek God’s guidance as to whether He may be calling them to step up and be leaders of this wayward nation. There is no guarantee that it will be easy. There is little doubt it will prove to be a thankless job.

It was a thankless job for Moses as well. He was moving along, however slowly, closer to the Promised Land. The grumbling became too much for Moses and he made the grave mistake of trying to please men instead of God. This mistake prevented him from accompanying the group he led into their promised land.

May those who trust in the Lord faithfully pray of our nation that God would speak to our hearts and transform them. May there be a spiritual awakening throughout our land. Even as we as a nation elect godly men and women, may we realize that a candidate can serve us but he cannot save us. And may God continue to bless the USA.

Psalm 33:12 Blessed is the nation whose God is the Lord,the people he chose for his inheritance.

Melinda is currently the worship leader at her small church in rural America. Married for 23 years, she and her husband Larry have one son. She is the Director of Mailing in the print/mailing industry by day and freelance author by night. Her desire to write is a passion borne from tragedy. God used it to take her faith to a much deeper level. Melinda is a freelance writer and member of FaithWriters. She joined the TBL team in March 2014. Believing we are citizens of a greater ‘kingdom,’ her articles for The Bottom Line examine governmental responsibility, citizen involvement and current political topics. With the great wisdom contained in scripture as her guide, she looks at today’s political environment from a Biblical perspective. She prays her words will prompt the reader to view citizenship - and every aspect of their life, through the eyes of faith. Col 3:17 To read more of Melinda’s writings on her faith, hope, and life visit her blog Still Living Still Loving or her page at Faithwriters.com. You can also follow her on Twitter @MKZbk.
@@MKBzk
Previous A Belly Full
Next Her ‘Favorite’ Broken Cup: A Mother’s Story