Breaking News
Home / Featured / Outbreak: Considering the Treatment of a Deadly Virus and the Responsibility of Leaders 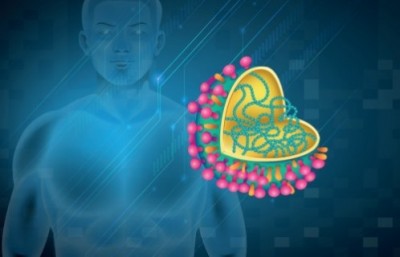 Outbreak: Considering the Treatment of a Deadly Virus and the Responsibility of Leaders

Is there no medicine in Gilead? Is there no physician there? Why is there no healing for the wounds of my people? Jeremiah 8:22 (NLT)

The outbreak Ebola Virus Disease (EVD) outbreak in West Africa is the largest ever and is a cause for great concern. This deadly disease has already claimed thousands of lives and is highly contagious. Yesterday the first death in America from the virus was reported. The levels of concern over an outbreak in the United States are all over the spectrum.

There are some who may believe America is too advanced medically to see an epidemic such as they are experiencing in Africa. After all, American aid workers Dr. Brantly and Mrs. Nancy Writbol, who were brought back here to be treated, have been released from the hospital. Though the effects of the disease have left them in a weakened condition they have been declared disease-free.

Others, however, see the risk of a dangerous outbreak. They believe that our travel to and from West Africa should be halted and our borders closed to prevent the spread of the virus here on U.S. soil. Though this response may seem extreme and unnecessary it cannot be written off as hysteria. They have legitimate arguments to support this position. From ignorance of the severity of the disease, to untrained or ill-equipped medical professionals, to virus carrying ‘suicide-jihadists’ who sneak across our borders – their concerns cannot be ignored. Our President recently announced the increased safety measures implemented at major airports. Some say that is not enough – they believe flights should be halted and borders secured.

The symptoms are similar to many other illnesses. Symptoms show up 2 to 21 days after infection and usually include: high fever 101.5, headache, joint and muscle aches, sore throat, weakness, stomach pain, vomiting, diarrhea, and lack of appetite. (Sounds like my worst case of the flu.) In addition, there is also unexplained hemorrhage (bleeding or bruising.)

Aren’t the responses much like the responses to the worst epidemic known to man? It is the ‘disease’ that means certain death if left untreated. It is the disease of the sin-sick heart. Every human being alive has the ‘virus’ lying dormant in our system. The thoughts, words, and activities we expose ourselves to activate this deadly spiritual virus and put us in grave danger.

Like Ebola, many responses to the threat of sin-outbreak are the same: ignorance of the seriousness, untrained or ill-equipped spiritual professionals, and that worst terrorist of all, satan – who seeks to kill, steal, and destroy. We want to keep those ‘infected’ out of our churches. Either we keep ourselves quarantined or we take no precautions as we minister to them and become ‘infected’ ourselves.

The aid-workers survived Ebola, thanks to the timely treatment (ZMapp therapy) they received. ZMapp, however, is still in the experimental stage, is not FDA approved, and is in short supply.

How great is our God, who provided the absolute remedy for the deadly ‘sin-virus.’ Knowing the risk of death, He provided the cure – His Son – our Savior – Jesus Christ. His blood atonement is our hope for survival. We cannot remain ignorant of the risk, yet we need not live in fear because the remedy is available to every-single-person.

To quote Mrs. Writbol, “To God be the glory!”

When Jesus heard this, he told them, “Healthy people don’t need a doctor—sick people do. I have come to call not those who think they are righteous, but those who know they are sinners. Mark 2:17 (NLT)

Melinda is currently the worship leader at her small church in rural America. Married for 23 years, she and her husband Larry have one son. She is the Director of Mailing in the print/mailing industry by day and freelance author by night. Her desire to write is a passion borne from tragedy. God used it to take her faith to a much deeper level. Melinda is a freelance writer and member of FaithWriters. She joined the TBL team in March 2014. Believing we are citizens of a greater ‘kingdom,’ her articles for The Bottom Line examine governmental responsibility, citizen involvement and current political topics. With the great wisdom contained in scripture as her guide, she looks at today’s political environment from a Biblical perspective. She prays her words will prompt the reader to view citizenship - and every aspect of their life, through the eyes of faith. Col 3:17 To read more of Melinda’s writings on her faith, hope, and life visit her blog Still Living Still Loving or her page at Faithwriters.com. You can also follow her on Twitter @MKZbk.
@@MKBzk
Previous Our Hope: Peace In The Valley
Next It’s All Fun And Games Till It Starts To Rain