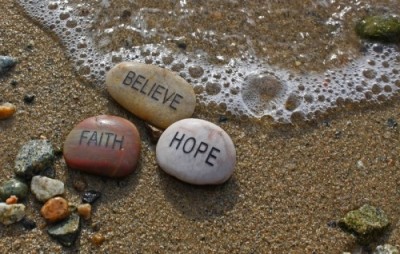 My story really began years before I first prayed for my dad. I was five years old when my parents divorced, and my sister was three. We moved a state away with my mom, and Dad got monthly visits and a week every summer to spend with us. Mom remarried soon after the divorce, but over time she and my new step-father developed a friendship with my dad. In his later years, he was a regular visitor in their home at holidays and family events.

In our new home, we all gradually accepted Christ through the witness of family and friends. Although I was young, I grew to understand God’s Word, and I became concerned for my dad’s spiritual well-being. Over the years, we shared our thoughts on the bible and our beliefs about eternity, but it was never settled in my heart–had dad accepted Christ?

This is where the praying began, a prayer for reassurance from God that my dad was His. Rather than argue beliefs with Dad, I began to pray this prayer often, never sharing it with anyone. Only God knew my desire.

As the years marched on, Dad gradually experienced health issues and moved closer to my sister and I. We shared his care during those final years, and I continued to lift him to the Lord. I could see eternity getting closer for him…

Dad faced his final illness at age 82. It was only natural for my mom and step-father to visit their friend at his hospital bed and pray with him concerning salvation. Driving home that day after prayer with Dad, my step-father mentioned to my mom that he felt prompted by God that my dad was His. My step-father had no idea of my prayer over the years. When I received a phone call that very day from my mom letting me know of the conversation, I knew immediately that God had answered my prayer for reassurance. Now, my heart was at peace, and I knew that when Dad’s time did come, I could rejoice in his salvation–God had heard me and brought the long-awaited answer.

Dad began to recover and moved back to his small apartment soon after. Then, one month later, he passed away suddenly one Sunday morning. Although I still grieve the loss of my dad, who was always just a phone call away, I am full of joy for him, and I know we will meet again in heaven.

When something reminds me of my dad, or I visit his gravesite, or just want to hear his voice on the other end of the phone, that is when I stop and thank God for answering a prayer shared with no one but Him.

Never stop praying for those you love who haven’t accepted Christ. His desire is that no one should perish, and we are never beyond His reach.

My husband Dan and I have three children and three grandchildren. We live in central Illinois. I am a graduate of The Institute of Children's Literature, a member of faithwriters.com, and a member of SCBWI. My writings have been published at chirstiandevotions.us, in DevotionMagazine, the PrairieWind Newsletter, and here at thebottomline.co.
Previous “Johnny” Movie Review
Next Youth Baseball In Seattle Is A Big Hit