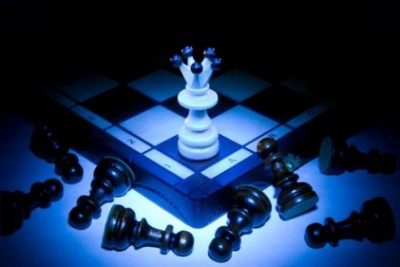 Nehemiah 5:6 When I heard their outcry and these charges, I was very angry.

Just when I thought the Lord had brought me to a place of acceptance and reconciliation regarding the public school, I am reminded again of exactly why my convictions would not allow me to just ‘let it go.’ At first, I was the lone voice crying in the wilderness. Well, perhaps it was not the ‘wilderness.’ However, sitting alone among several rows of empty chairs, at the board meeting, it sure felt like it.

‘How was the first day of school?’ I asked. – My question didn’t seem like that big of a deal at the time. But then my teenage son preceded to tell me that it was not too good. My usually non-verbal teen then told me that the student athletes were gathered into the gymnasium. After answering positively when asked if they were proud to be representing their school in their respective sport, they were told one third of them were liars. They were then ‘informed’ about the upcoming mandatory random drug testing policy proposal.

Right about now, you may be thinking, ‘What’s wrong with that – drugs are a serious problem?’ Or, ‘Why would she object to that unless she thought her child was on drugs?’ Drug abuse is always a problem, whether it is prevalent in the school system or not. – And no, my child does not take drugs. I drug test him myself when I choose to do so (I trust and verify). The reason I oppose the policy (and feel so strongly about it) is because I object my local school board adopting a policy that coerces me to sign a consent form giving the school authority over my child in this area.

Once other parents became aware of the likelihood of the policy implementation, I was no longer the lone voice in opposition. The meetings, held before once empty rooms, became standing room only events at times involving rather heated debate. Despite the overwhelming show of opposition, the board passed the policy after making some changes to the ‘consequences’ of a positive drug test.

At first, I could not bring myself to sign the form. My son was not permitted to play the sport he played since 3rd grade. We were suddenly outsiders to this group who had become a family. It was a miserable experience all the way around. After sitting out one game, I gave in and signed the form. It became a distraction and I felt it would be wrong to continue to refuse to sign. I felt I had no real choice. – I believe that is the very definition of ‘coercion.’

I turned the issue over to God and prayed that I would not later regret my decision. I  did not like it, but it no longer haunted me. I am still adamantly opposed to it. I still believe state institutions have no business involving themselves into personal, family decisions. These elected board members, however, voted in favor of it. I moved on.

THAT was until I read the report about the religious ‘persecution’ (public humiliation) of a 12-year old boy in his classroom. – Giovanni Rubeo’s humiliation, at the hand of his teacher, for reading his Bible during free reading time sent me into orbit. Upon hearing the arrogant defiance in the teacher’s tone in the message she left his father, reminded me of the reason I felt so strongly about our own schools policy. I wonder now, if I may have been a bit too quick to acquiesce to their decision.

God blessed me with the rights and responsibilities of raising my child. I deeply resent the state’s intrusion on this right. I entirely disagree with the method they have decided upon simply because ‘some’ parents are not involved in the lives of their children. I do, at the very least, believe the school administration may sincerely believe what they are doing is for the students’ protection.

Giovanni’s case, however, can only be attributed to the teacher’s own anti-Christian bias. In her recorded message, she informs the father that his son is not permitted to read his ‘religious book’ in her classroom… ‘Her’ classroom – as if he brought this ‘offensive’ literature into her own home. It is this presumption of authority over parents as well as our children that I find unacceptable. Not that long ago there was the sweet girl who was told she could not pray at lunch. Now this young man, so excited about his favorite book (his Bible) is forbidden to read it during ‘free’ reading time. I am shocked at the level of religious liberty violations going on within the very system that is supposed to ‘educate’ our children.

Galatians 17 Those false teachers are so eager to win your favor, but their intentions are not good. They are trying to shut you off from me so that you will pay attention only to them. (NLT)

Parents…citizens, listen to the teacher and take heed. This is too serious a subject to ignore. In part two, I will attempt to analyze how we’ve come to this point. Here is a hint… it has to do with a ‘village’.

Melinda is currently the worship leader at her small church in rural America. Married for 23 years, she and her husband Larry have one son. She is the Director of Mailing in the print/mailing industry by day and freelance author by night. Her desire to write is a passion borne from tragedy. God used it to take her faith to a much deeper level. Melinda is a freelance writer and member of FaithWriters. She joined the TBL team in March 2014. Believing we are citizens of a greater ‘kingdom,’ her articles for The Bottom Line examine governmental responsibility, citizen involvement and current political topics. With the great wisdom contained in scripture as her guide, she looks at today’s political environment from a Biblical perspective. She prays her words will prompt the reader to view citizenship - and every aspect of their life, through the eyes of faith. Col 3:17 To read more of Melinda’s writings on her faith, hope, and life visit her blog Still Living Still Loving or her page at Faithwriters.com. You can also follow her on Twitter @MKZbk.
@@MKBzk
Previous Bring God With You
Next Founder of the Family