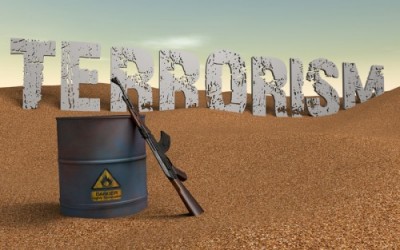 Respond to Terrorism … in Love?

Many disagree with the release of the suspected terrorists detained at Guantanamo Bay. They believe it is wrong to negotiate with terrorists. There is disagreement, overall, regarding what the ‘correct’ response to terrorism is. What is the proper Christian response?

2 Corinthians 5:20 So we are Christ’s ambassadors; God is making his appeal through us. We speak for Christ when we plead, “Come back to God!” NLT

Considering the growing Muslim population in Europe, the recent terrorist attacks in France should not come as a surprise to anyone. Following the Muslim faith does not make one a terrorist. One cannot, however, ignore the fact that an overwhelming number of terrorist attacks are rooted in the Islamic community. What is the proper Christian response?

Always, we as Christians are to love as Jesus loved.

What does that mean in the context of how we relate to the Muslim community? It does not mean that we should endure, tolerate, or make excuses for the oppression and violent attacks by Islamic terrorists. Attacks perpetrated against our citizens – against humanity as a whole. But still, we are to love as Jesus loved.

The differences between Islam and Christianity are apparent. ‘Religion,’ indeed, may be a cause of many conflicts in the world. – It is man-made. Remember, Jesus’ crucifixion was motivated by the religious leaders of the day.

The truth is that the sin of man causes conflict and war in the world. It is the choices that we make. Who we choose to believe. Who we look up to. How it is we spend our time. What religion we choose practice- if we choose one at all. Any one of these choices has the potential to bring with it sinful practices.

As true followers of Christ we do not follow people or religion – we follow Jesus Christ. We choose to believe His death paid for our sin. He is the one we look to as our example to follow. We spend time with Him in His Word so we know Him better. The religion we practice is not what is important. The important thing is Who we serve. – The risen Savior who died for all.

Another question remains. How should our nation respond terrorism? Can we know what the right answer is? Although our country is mostly Christian, it is not a theocracy. We are guided by Judeo-Christian principles. In an attempt to determine the wisest national response to the threat of terrorism one must consider the consequences of both action and inaction.

Those, who hold positions of authority, are divinely placed there. God has entrusted the citizens’ safety to them. Our government has a duty to protect its citizens.

America, historically, has been the world’s greatest defender of freedom. What actions would God find permissible in order to ensure our safety? Should America be pro-active and attempt to eliminate threats at their source? Or should we be re-active, waiting until the threat becomes reality on American soil?

These questions are far too complicated based on human intelligence. We must pray for wisdom for our leaders. It is absolutely necessary to seek divine guidance.

John 8:31-32  31 Jesus said to the people who believed in him, “You are truly my disciples if you remain faithful to my teachings. 32 And you will know the truth, and the truth will set you free.” NLT

Melinda is currently the worship leader at her small church in rural America. Married for 23 years, she and her husband Larry have one son. She is the Director of Mailing in the print/mailing industry by day and freelance author by night. Her desire to write is a passion borne from tragedy. God used it to take her faith to a much deeper level. Melinda is a freelance writer and member of FaithWriters. She joined the TBL team in March 2014. Believing we are citizens of a greater ‘kingdom,’ her articles for The Bottom Line examine governmental responsibility, citizen involvement and current political topics. With the great wisdom contained in scripture as her guide, she looks at today’s political environment from a Biblical perspective. She prays her words will prompt the reader to view citizenship - and every aspect of their life, through the eyes of faith. Col 3:17 To read more of Melinda’s writings on her faith, hope, and life visit her blog Still Living Still Loving or her page at Faithwriters.com. You can also follow her on Twitter @MKZbk.
@@MKBzk
Previous A Possible Breakthrough For Testing Ebola
Next Because of The Sacrifice, God Owes us Nothing, but we Owe Him Everything