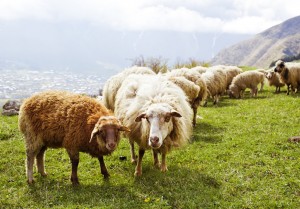 “You stubborn people! You are heathen at heart and deaf to the truth. Must you forever resist the Holy Spirit? That’s what your ancestors did, and so do you!” Acts 7: 51

Have you ever considered our society and how the laws that reflect our moral standards continue to decline? Instead of expecting a higher standard–instead of raising the bar, we drop it every time we “progress.”

Did the decline become a bit steeper after Madalyn Murray O’Hair successfully removed prayer and all things Biblical from our public schools? I believe that it did.

No era is without its share of sin–even the Great Awakenings. The term “awakening” refers to society waking from a state of spiritual slumber. It seems that America has gone to sleep again. Atrocities are going on around the world and may approach our shores before long. Ultimately, however, it is likely our own love of individual liberty is leading to our demise.

The court’s decision in the  Murray v. Curlett case  twisted our sacred freedom of religion into freedom from religion. We’ve heard it said, “You can’t legislate morality.” Yes, we can–and we do. It is immoral to steal, murder, and lie under oath. It is against the law as well.

Jesus said in Matthew 5:21-22 (NLV) “You have heard that men were told long ago, ‘You must not kill another person. If someone does kill, he will be guilty and will be punished for his wrong-doing.’ But I tell you that whoever is angry with his brother will be guilty and have to suffer for his wrong-doing. Whoever says to his brother, ‘You have no brains,’ will have to stand in front of the court. Whoever says, ‘You fool,’ will be sent to the fire of hell.”

One could interpret the behavior described in verse 22 as “bullying.” We now have the anti-bullying campaign. Certain crimes can now be elevated to “hate” crimes. This social agenda is most certainly attempting to legislate morality.

Why then is it so easy to accept these moral guidelines when they are driven by man and yet so offensive when they are delivered by God through His word? Perhaps it is because we are followers. We are (as Jesus said), like sheep so easily led astray. Absent the Word of God, which has been made an offense by man, we will end up following the culture–wherever it leads.

However well intended, the “wisdom” of man has brought about the following cultural changes along wih a few of their negative consequences.

Unfortunately, the above list will likely grow. America’s decline will likely continue. We insist on having our “own” way–even as we grant the government more and more power over our lives.

“Let my soul live on so that I may praise You, and let Your precepts guide me. I have wandered down the wrong path like a lost sheep; come find me, Your servant, because I do not forget Your commands.” Psalm 119: 175-176

Who will you be following?

Melinda is currently the worship leader at her small church in rural America. Married for 23 years, she and her husband Larry have one son. She is the Director of Mailing in the print/mailing industry by day and freelance author by night. Her desire to write is a passion borne from tragedy. God used it to take her faith to a much deeper level. Melinda is a freelance writer and member of FaithWriters. She joined the TBL team in March 2014. Believing we are citizens of a greater ‘kingdom,’ her articles for The Bottom Line examine governmental responsibility, citizen involvement and current political topics. With the great wisdom contained in scripture as her guide, she looks at today’s political environment from a Biblical perspective. She prays her words will prompt the reader to view citizenship - and every aspect of their life, through the eyes of faith. Col 3:17 To read more of Melinda’s writings on her faith, hope, and life visit her blog Still Living Still Loving or her page at Faithwriters.com. You can also follow her on Twitter @MKZbk.
@@MKBzk
Previous The Danger of Self-Empowerment
Next Don’t Swallow Any Camels: Those Pharisees (Part II)