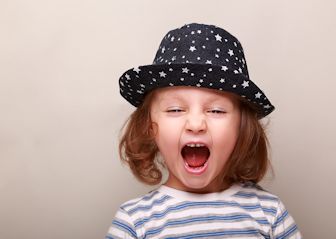 So, your child has been called into the school office to be disciplined. You reside in a state where corporal punishment is legal. The principal calls you to see if it is okay with you for him to paddle your child. What would you tell him?

I was surprised to learn that in 19 states paddling students is still legal, and some school districts, mostly in rural settings, still do it. Overall, however, nationally in the United States, there has been a decrease by about 125, 000 cases from 2000 to 2010.

There has always been controversy over paddling, some saying it is physically and psychologically harmful. One such person is Rep. Carolyn McCarthy, democrat from New York, who has been introducing a bill each year since 2010, in an attempt to ban it nationwide. While it is true that “there are so many other ways of handling discipline,” in the words of Rep. McCarthy, is she correct in saying that spanking is harmful? There are parents and superintendents who are on both sides of the fence.

One parent in Tennessee said, “Study after study has shown the mental trauma that paddling causes…” but Deborah Sendek, program director for the Center For Effective Discipline, conceded that it is a matter of doing it properly. In her words, “There’s no one teaching you the ‘right’ way to hit a kid.”

The issue then may not be so much a matter of whether or not it should be done, or be banned, as it is doing it properly. It is true that at times spanking can be considered abuse. However, I have heard people from the older generation who were spanked growing up say that no harm was ever done, physically or emotionally. Does that not speak louder than any so-called study? At the same time just because there are cases of abuse by improperly spanking a child that does not give justification for banning it completely.

Is there a correct and incorrect way to spank”? When I worked at a private Christian school many years ago I was asked by a parent to spank his son, in front of him. Though I was somewhat nervous about that I had been taught how to do it correctly, so no abuse would occur. The father expressed his desire for me to do it rather than him so that his son would view the teacher as an authority figure. This is what I was taught: The child needs to bend over and grab their knees. That way the child is less apt to move. The paddle will make contact with only the muscle flab on the rear end, thereby resulting in pain but not injury. Abuse happens when the paddle hits a bone and causes bruising, which can occur if the child stands because the paddle can too easily strike the bone of the back or leg.

The other factor besides the legality of it, or doing it properly, is the age of the child. In my opinion, spanking can be effective up to a certain age. Beyond that, other forms of discipline should be used. Whether or not it is administered it must always be done with the consent of the parents.

One final word is from the Bible. Proverbs 13:24 says, “whoever spares the rod spoils the child.”

John Livingston Clark is 67 years of age and lives in central Washington State. He has written two published books, and two published poems. His initial book is called, " God's Healing Hope: Breaking the Strongholds of Wrong Thinking." His second book, released in December of 2016, is a motivational book written to seniors titled, " Seniors: Are You Retiring or Recharging?" Both books are available on amazon. You can also view his writings on www.faithwriters.com. John is available to speak on a variety of topics. Visit me at jclarkministries.com
Previous What Are You Reaping?
Next Saving Yourself For the One