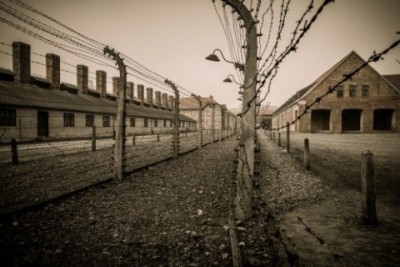 ‘Have I not commanded you? Be strong and courageous. Do not be frightened, and do not be dismayed, for the LORD your God is with you wherever you go.’ Joshua 1:9

Today, eight World War II airmen were awarded POW medals. This event deserves attention because these same men had been denied their medals for over 70 years. Why? Because their imprisonment was in a neutral country. To many they were considered to be deserters and cowards.

The reason given for withholding the medals from these heros was because, though they had been shot down in the line of duty, they actually landed in Switzerland, which is, of course, a neutral country. The Swiss do not become involved in the politics of other countries. But at the time of the capture and subsequent imprisonment of these airmen, these ‘non-enemies’ were indeed the enemy for these men. While the camp they were detained in was not in Nazi Germany, it was a prison nonetheless, and the conditions were not much better than the prison camps in Germany. But even in these conditions, they survived.

The men eventually were able to escape, but when they came home, they were labeled as cowards. They were denied the medals they should have received upon their arrival back in the U.S. And if it had not been for the efforts of a grandson of one of the men, who has spent the last 15 years fighting for the recognition and honor of his grandfather and his companions, today probably would not have happened.

As these men were rightfully honored today, the pride they hold for the service done for their country was still evident. The airmen of their youth are still evident in their faces today. They are indeed men of strength, of courage, of honor, and of duty to their cause. God and country was their driving force in war time, and God and country were both proud of them today.

Let us always remember to honor those who put their lives on the line, who leave their families and homes, their comforts and the activities they enjoy, to make our country a safe and free one for all. Let us give thanks for those who have, who are, and who will sacrifice much to protect the freedoms and rights we as Americans enjoy.

It took 70 years, but finally, today, the right thing was done, the recognition was given and received. God has a way of bringing these things full circle, to a good end. What a gracious and generous God He is!

‘Do not fear, for I am with you; do not be dismayed, for I am your God. I will strengthen you and help you; I will uphold you with My righteous right hand.’ Isaiah 41:10

Lili lives in central North Carolina. She writes devotionals and Christian articles and has been published in e-magazines, newsletters, and articles. She is a member of Faithwriters.com. She and her husband Chuck love to travel, and are animal lovers as well. They are active in their local church. Lili credits God for any inspiration that allows her to write. It's all about Him!
@@ohiolili
Previous Loving Your Enemies
Next Love the Anchor of the Family