Breaking News
Home / Featured / To Speak Out We Must Be Present 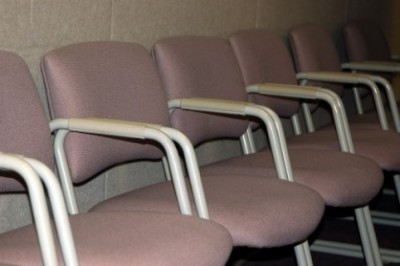 To Speak Out We Must Be Present

In response to an alarming increase in heroin use in our county this past year, the local school board voted to implement a random drug testing policy. On the first day of school, the athletes were summoned to the gymnasium where they were informed that a policy proposal would be presented to the board at the first board meeting of the school year.

The idea received the support of certain members of the community. It incited the wrath of some and a surprisingly large majority either didn’t know about it, didn’t care about it or didn’t understand what it meant for them and their children.

I learned that small town political involvement is not any different than involvement on the national scale. It’s disappointing to see a nation that is structured to be a representative republic demonstrate such apathy… until it touches home.  The process does not work as intended when the people have become so busy, disinterested, uninformed, or cynical about the process.

At that first school board meeting, most of the chairs were empty. I sat alone. The only voice to object to the policy. I take my right of parenting my son very seriously. My objection was not to the school board’s desire to get ahead of the increasing drug problem. My objection was in the method. The policy states that unless a parent, or the student if he or she is of legal age gives written consent for permission to be randomly tested, our children will not be able to drive or participate in extra-curricular activities.

I experienced first-hand the results of a busy, uninformed, disinterested and cynical republic when discussing the issue with family, friends, and other parents in the community. Most of the time the first response was, ‘There is nothing wrong with that. Students who are not on drugs should not have a problem with it. This may stop the ones that are involved in drugs.’

When we look exclusively at the issue and ignore the big picture, we will not get the best result. The big picture includes things like, the actual (not hypothetical) benefit, the financial investment, what will be lost, and what will be gained. None of the board members had received any negative feedback… until they heard from me. They may have voted to pass the policy that night otherwise.

In the following weeks and months the word got out about the policy and all the specifics of it. As it goes in politics, people picked their side to support. Some keep silent so they don’t offend anyone. Some get vocal and organize, unconcerned with who is offended. Being involved in the political process is not always easy… or pleasant. It is, however, necessary for the country, state, county, township, and school to operate as the framers of the Constitution had intended.

After holding special informational, and regular school board meetings, and receiving additional community input the board made a final decision four months later. I share this not to determine whether the final decision was right or wrong. I share this to emphasize the fact that yes, one person’s opinion does matter. That though we, as a nation will never agree on all things we do have a voice and we need to use it.

The board did vote to implement a random drug testing policy. Many still object to it. I still object it. Though I appreciate the awareness to the problem, I don’t appreciate a state agency forcing me to sign a paper giving permission for them to do for me, what I can do for myself. The important thing is that people got involved. Because of their involvement changes were made to the proposed policy.

We the people must be involved. We must be maintain civility when we do. We must remember that compromise involves two sides working together. We may not always get the results we want, but we must participate to let our voices be heard and for our opinions and ideas to be considered.

3 Don’t let selfishness and prideful agendas take over. Embrace true humility, and lift your heads to extend love to others. 4 Get beyond yourselves and protecting your own interests; be sincere, and secure your neighbors’ interests first. 5 In other words, adopt the mind-set of Jesus the Anointed. Live with His attitude in your hearts. Phillipians 2:3-5 (VOICE)

Melinda is currently the worship leader at her small church in rural America. Married for 23 years, she and her husband Larry have one son. She is the Director of Mailing in the print/mailing industry by day and freelance author by night. Her desire to write is a passion borne from tragedy. God used it to take her faith to a much deeper level. Melinda is a freelance writer and member of FaithWriters. She joined the TBL team in March 2014. Believing we are citizens of a greater ‘kingdom,’ her articles for The Bottom Line examine governmental responsibility, citizen involvement and current political topics. With the great wisdom contained in scripture as her guide, she looks at today’s political environment from a Biblical perspective. She prays her words will prompt the reader to view citizenship - and every aspect of their life, through the eyes of faith. Col 3:17 To read more of Melinda’s writings on her faith, hope, and life visit her blog Still Living Still Loving or her page at Faithwriters.com. You can also follow her on Twitter @MKZbk.
@@MKBzk
Previous Our King’s Glory
Next Our Hope: Be A Glory Giver!