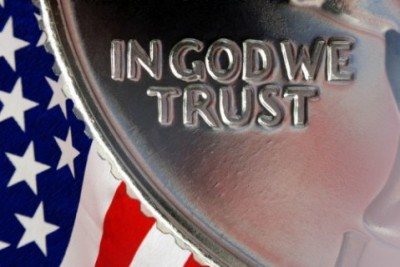 Prior to this past week, I realized the difficulty of following politics very closely. I realized that political junkies are the ones who know what is going in the political arena. I have to admit that I have gotten frustrated when people aren’t involved.

This week, however, I vacationed with family. It became apparent to me that people are just busy! Parents have to get up go to work, spend quality time with their children, and take care of their family and any other responsibilities. If they do get a spare moment, they certainly wouldn’t choose to get involved …. unless they we’re passionate about politics. Hard working citizens are concerned with managing their own household not supervising the work of their elected officials. I think that we would all like to believe that we can trust that those we have put into office will take care of ‘the people’s business.’ It takes only a short time listening to an abbreviated news story to get our hopes dashed. It could be a scandal, a controversial vote, or the discovery of enormous waste of resources that bring about our anger or disappointment. Sometimes it seems easier to forget about it and just take care of ourselves.

The problem is, we put our faith in men. Men who are human, women who are fallible. They can make mistakes. They can be untrustworthy, and self-serving, and yes, they can be incompetent… just as it is with any person in any job. It isn’t a question of will they disappoint us. It is only a question of when. Those elected officials are put into office by God’s sovereign will. At times throughout the history of Israel, their leaders were corrupt. They did not follow the Lord their God. As a result He allowed them to be captured and put into exile. Doing so out of His love, He disciplined them.

Proverbs 28:2 When there is moral rot within a nation, its government topples easily. But wise and knowledgeable leaders bring stability.

If we are unhappy with what is going on in our government, perhaps it would be wise to look deeper into the spiritual condition of our nation. Is ‘moral rot’ leading our country into instability? If we who know the blessings of living in America, continue to push God out of our lives, the decay and moral decline will continue. It will not be a good ‘political strategy’ of one party or another that restores integrity to our government. It will be the realization of the depth of our own depravity.

Do we expect God to continue to tolerate our indifference to Him? As our lives get busier we can get consumed with the concerns of our own lives, but then fail to guard our hearts against the things leading us away from God. Americans continue to go about our daily lives giving no regard to our Creator and all the while our government may just be ready to topple.

God has not removed his hand of protection from us yet. We are still blessed to live in the greatest nation on earth. But we may be fast approaching the end of our blessings.

Isaiah 54: 7-8, 16-17
7 “For a brief moment I abandoned you,
but with great compassion I will take you back.
8 In a burst of anger I turned my face away for a little while.
But with everlasting love I will have compassion on you,”
says the Lord, your Redeemer.
16 “I have created the blacksmith
who fans the coals beneath the forge
and makes the weapons of destruction.
And I have created the armies that destroy.
17 But in that coming day
no weapon turned against you will succeed.
You will silence every voice
raised up to accuse you.
These benefits are enjoyed by the servants of the Lord;
their vindication will come from me.
I, the Lord, have spoken!

We should be praying for revival, for the healing of our land, and for God’s mercy on us – not simply for political victories. May we be true servants of the Lord so that we may continue to enjoy the benefits of His blessing.

Melinda is currently the worship leader at her small church in rural America. Married for 23 years, she and her husband Larry have one son. She is the Director of Mailing in the print/mailing industry by day and freelance author by night. Her desire to write is a passion borne from tragedy. God used it to take her faith to a much deeper level. Melinda is a freelance writer and member of FaithWriters. She joined the TBL team in March 2014. Believing we are citizens of a greater ‘kingdom,’ her articles for The Bottom Line examine governmental responsibility, citizen involvement and current political topics. With the great wisdom contained in scripture as her guide, she looks at today’s political environment from a Biblical perspective. She prays her words will prompt the reader to view citizenship - and every aspect of their life, through the eyes of faith. Col 3:17 To read more of Melinda’s writings on her faith, hope, and life visit her blog Still Living Still Loving or her page at Faithwriters.com. You can also follow her on Twitter @MKZbk.
@@MKBzk
Previous Fighting To Breathe
Next Sacrificial Giving