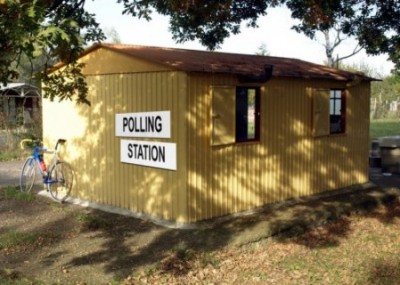 What do we value these days? Just about everything we hear or read indicates that we value – ourselves, our time, our rights (or what we believe to be our rights.) We value our privacy and our property. – Evidently, we value ‘our-selfies.’

We put a greater value on those things that require some sacrifice, things we have had to work hard for or have had to until we have earned enough to purchase. We don’t place as much value on those things that don’t cost us much. When things are in ample supply, they are easier to get and decrease in value. Devaluation of just about everything is pretty standard these days. We see it in children, in teens, and when we do, it is likely we have learned the undesirable traits from adults.

Does anyone remember ‘blue laws’? I remember when businesses were not open on Sunday, I was not aware there was a name for it. Slowly but surely the sacredness of the sabbath devolved into just another day to watch sports – whether it is youth sports at the local park or the NFL on television. What started with the occasional playoff game on a Sunday afternoon has become a weekly ritual. They became just another day. They have become ordinary.

The first Tuesday in November used to be a ‘special’ day. It was the day designated to hold the elections that choose the men and women who we want to run our nation. In 1845, Congress established the first Tuesday after the first Monday in November as ‘election day.’ It was chosen for specific reasons relevant to the time. It was to accommodate those who had to travel from their farmlands into the city so they would not have to start their travels on Sunday. They were practical reasons and it has served us well for the years since.

That is until there was a large voter turn out a few years back. Claims of ‘disenfranchisement’ were made by those who did not get to vote by the time the poles closed. There are remedies for this issue. Extending the pole hours on election day (if necessary) or making more precinct locations available are two logical solutions. But there are those who feel that, today, (when travel is not nearly as challenging as it was in the 1800’s) we need an entire month of voting. Not an additional day or two, but an entire month. We also have absentee voting available. Voting was to begin October 1st in Ohio but a SCOTUS stay held off voting until October 7th. Many more states have appealed early voting laws as well.

I know when that Tuesday in November is by simply looking at the calendar. It is important enough to me to make sure that I get there. Whether I must arrive late or leave early from work, I will cast my ballot. The right and privilege to elect public officials and vote on issues is valuable to me – so is my right to worship… that is why I make the effort to exercise this precious right each week.

For you know that God paid a ransom to save you from the empty life you inherited from your ancestors. And it was not paid with mere gold or silver, which lose their value. 1 Peter 1:18 (NLT)

Melinda is currently the worship leader at her small church in rural America. Married for 23 years, she and her husband Larry have one son. She is the Director of Mailing in the print/mailing industry by day and freelance author by night. Her desire to write is a passion borne from tragedy. God used it to take her faith to a much deeper level. Melinda is a freelance writer and member of FaithWriters. She joined the TBL team in March 2014. Believing we are citizens of a greater ‘kingdom,’ her articles for The Bottom Line examine governmental responsibility, citizen involvement and current political topics. With the great wisdom contained in scripture as her guide, she looks at today’s political environment from a Biblical perspective. She prays her words will prompt the reader to view citizenship - and every aspect of their life, through the eyes of faith. Col 3:17 To read more of Melinda’s writings on her faith, hope, and life visit her blog Still Living Still Loving or her page at Faithwriters.com. You can also follow her on Twitter @MKZbk.
@@MKBzk
Previous Don’t Fret, It’s Just A Season
Next Bonus Blessings