Breaking News
Home / Featured / What Motivates You To Take Action? 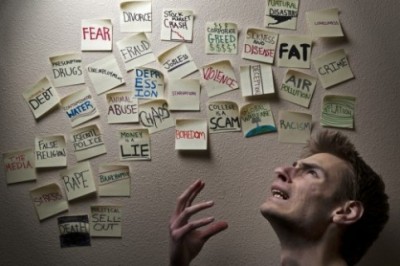 What Motivates You To Take Action?

There is a multitude of causes for which to show support – or to fight against. It is apparent in the number of special interest groups that lobby for their causes. Is there an issue that you feel passionately about? One that can motivate you to take action?

Our elected officials have a seemingly endless list of issues that they will be facing. Do you agree that we have a do-nothing Congress? Do you think it’s possible for an ‘outsider’ to go to Washington or to a statehouse and make positive changes? Or do you believe that all politicians lack genuine integrity and are only out for themselves? If you do, you are not alone. I, however, am one who refuses to believe that.
Washington is not lacking opportunistic politicians, but I think the numbers are far less than what one might think. Some do indeed seek office in order to gain power. Others do so with the best intentions, only to get there and find themselves becoming part of the crowd.

Before we pass judgement too quickly, perhaps we should take a look at the many concerns that will undoubtedly reach the floors of the House and Senate. We have to understand that sometimes compromise is good. There are other times when it is better to stand firm even if it means nothing gets accomplished.The dictionary describes integrity as ‘moral soundness.’ This is the reason why integrity matters.

The following is an overview of issues that have either remained in the forefront, or have developed into hot-button issues:

With all the difficult issues facing America we need men and women who possess ‘moral soundness’  to choose to be civil servants. They will soon find, however, that it is impossible to please everyone. We  need to let them hear us and we need to hold them accountable. We should always do so respectfully so that the ‘good’ ones won’t be reluctant to participate.  Of utmost importance is that we pray for them as they make decisions that affect our nation.

So what is the issue that gets your blood pumping? One final question… when was the last time you contacted your elected official to let him or her hear your concerns?

If we simply expect that our government will be ineffective, or power-hungry, or corrupt, we will get what we expect. We must partner with them in order to help them reach a higher bar.

15 Hate evil and love what is good; turn your courts into true halls of justice. Amos 5:15

Melinda is currently the worship leader at her small church in rural America. Married for 23 years, she and her husband Larry have one son. She is the Director of Mailing in the print/mailing industry by day and freelance author by night. Her desire to write is a passion borne from tragedy. God used it to take her faith to a much deeper level. Melinda is a freelance writer and member of FaithWriters. She joined the TBL team in March 2014. Believing we are citizens of a greater ‘kingdom,’ her articles for The Bottom Line examine governmental responsibility, citizen involvement and current political topics. With the great wisdom contained in scripture as her guide, she looks at today’s political environment from a Biblical perspective. She prays her words will prompt the reader to view citizenship - and every aspect of their life, through the eyes of faith. Col 3:17 To read more of Melinda’s writings on her faith, hope, and life visit her blog Still Living Still Loving or her page at Faithwriters.com. You can also follow her on Twitter @MKZbk.
@@MKBzk
Previous Never Forgotten:Engraved On His Palms
Next There Is Strength In Numbers