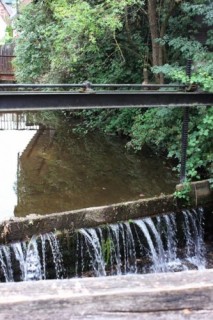 Our founding fathers designed a government of three branches – Executive, Legislative and Judicial — of equal power. Their reason for this system of checks and balances was because they understood human nature and knew that, in time, elected officials would arise that would challenge the system.

We now have a president who ignores laws passed by Congress that he doesn’t like and writes Executive Orders when Congress fails to pass what he wants. He boasted that he had a pen and a phone and knew how to use both.

This president is probably the most controversial we’ve had in our nation’s history. However, as disciples of Jesus, we must prioritize as God does. First, and foremost, we must intercede for President Obama’s eternal soul. Reconciliation is always the ultimate goal in God’s economy. Reconciliation brings the most glory to God.

We must also recognize that God raises rulers up and causes them to fall. God dealt with Pharaoh on behalf of his enslaved people. God visited Nebuchadnezzar in a dream. God caused Darius to proclaim that he is the one and only true God. He used a “heathen”, Cyrus, to get his people back to their homeland.

Never forget that, “The king’s heart is like streams of water. Both are under the LORD’s control. He turns them in any direction he chooses (Proverbs 21:1 GW).

Second, we must examine our own hearts to be certain they are pure before God and that we view President Obama as God does and that we love him with God’s love.

Third, we must bow to the sovereign will of God. He allowed this man to become president for two terms. God’s plans remain unstoppable (Job 42:1b) and we need to line our hearts up with God’s plans. He will not line his heart up with our plans.

Forth, we remember that, because God is omnipotent, we can fully rest in and trust him. “You, Lord, give perfect peace to those who keep their purpose firm and put their trust in you (Isaiah 26:3 GNT).

Passionate about worship. Passionate about Christians knowing who they are and whose they are and coming into the fullness God expects. Hosted 10 foreign exchange students and love to immerse myself in other cultures.
Previous How to Share the Gospel
Next Teens On Mission