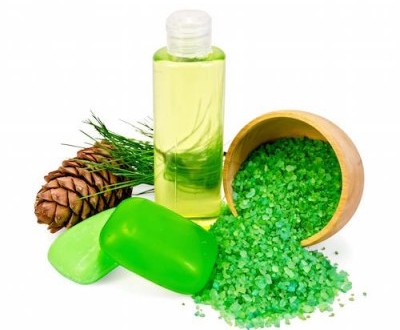 The Beads in Your Beauty Care Do More Than You Think

Our skin acts as a protective barrier against all the dirt and grime in our surroundings. That’s why we take showers, and that’s why we exfoliate with scrubs. But not all facial scrubs and shower gels are created equal. Those beauty care items containing plastic microbeads do more than just scrub away dead skin.

Microbeads, as the name suggests, are tiny solid plastic balls found in personal care products such as toothpaste and scrubs. These beads are for exfoliating and cleansing. When we use products containing these beads, they are washed down the drain and forgotten. Yet, that’s not the end of their journey. Because they’re plastic, they don’t dissolve in water, and because they’re so tiny, waste water treatment plants aren’t able to filter them out of treated water.

This harsh fact means the microbeads can end up in our tap water supply. Additionally, when they reach into areas where aquatic lives exist, some organism may mistake them for food. And the beads normally contain toxic chemicals that no doubt will be harmful for creatures such as fishes as well as some birds who will in turn eat the fishes. And need I remind you that we also eat fish as well?

You might not have realized how hazardous these little microbeads in your beauty routine are, nor comprehended the extent of the damage they can cause. I know I didn’t … until I was properly educated on the issue. Nevertheless, the dangers are great, and the cycle is endless. That is why President Obama signed the final bill submitted by the US House and Senate, banning these microbeads. According to an article in a local newspaper, City News, “Microbeads bans have already passed in six states… ”.

In addition, major retail chains, such as Wegmans, have announced plans to stop selling those products containing polyethylene microbeads. Maybe the ban has not reached your state as yet, but you can definitely take a stand to protect your family and the environment, by buying products that are free of these beads. We are stewards of God’s creation, and we ought to take care of it.

“The Lord God took the man and put him in the Garden of Eden to work it and keep it.” (Genesis 2:15)

Plastic microbeads are harmful, what will you do today to help reduce the damage it causes?

Amelia Brown is from the beautiful island of Jamaica. She is a 28 year old Guidance Counselor by profession, but a passionate writer at heart. Most of her articles written are aimed at stimulating positive change under the guidance of the Holy Spirit. She is also a published poet and a member of Faithwriters. Outside of writing, she enjoys volunteering, cooking, and turning frowns right side up. Amelia currently lives in New York.
@ameliambrown
Previous The Perfect Love of Jesus Casts Out All Fear
Next Tips on How to Deal with Distractions as a Writer