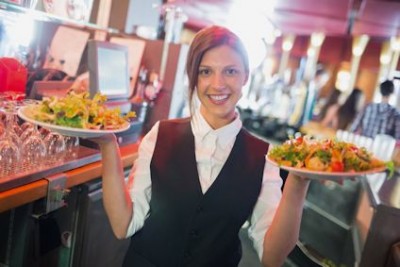 A Waitress Gives A Free Meal To Two Firefighters

With all of the fires going on right now, the men and women who fight them are often forgotten and taken for granted. It’s their job right? It’s a job that involves intense heat, smoke, fatigue, long hours, and a risk to their personal safety and life.

One person who wanted to make sure they are not forgotten is a waitress, Liz Woodward, at Route 130 Diner in New Jersey. When two firemen entered the restaurant for breakfast, they had been working all night fighting a warehouse fire. When they received their check, a note was written on it by Liz. She informed them that she would pick up the tab for their meal and expressed her appreciation for the work that they do.  One of the two men, Paul Hullings, said, “I started tearing up and it made me feel good-us firefighters are wanted, people care about us.”

The other fireman, Tim Young, posted a remark on facebook about this random act of kindness. He encouraged people to eat at the restaurant and to generously tip this waitress. A little later the two firefighters found out something that would give Liz the biggest “tip” of her life. She was trying to raise money to buy an accessible van for her quadriplegic dad. The pair started a crowd funding campaign that raised 67,000 dollars!

There is a saying that “what goes around comes around.” That certainly was true for Liz Woodward. It is always more blessed to give than to receive, but in this case the receiving far outweighed the giving. One never knows where one small act of giving might lead. There is a verse in the Bible that sums it up: Luke 6:38 says, “Give, and it will be given to you, good measure, pressed down, shaken together, running over, they will pour into your lap. For by your standard of measure it will be measured to you in return.”

Is there someone you know who is being taken for granted and deserves some recognition? He or she could be a member of your own family. We need to show appreciation to others, not only for what they accomplish, but just because of who they are.

a waitress gives a free meal to two firemen buying an accessible van for quadriplegics expressing one's appreciation heartwarming story for August 2015 Luke 6:38 more blessed to give than to receive picking up the tab random act of kindness Route 130 Diner showing honor to firefighters taking people for granted tipping waitresses what goes around comes around 2015-08-10
John Clark

Tags a waitress gives a free meal to two firemen buying an accessible van for quadriplegics expressing one's appreciation heartwarming story for August 2015 Luke 6:38 more blessed to give than to receive picking up the tab random act of kindness Route 130 Diner showing honor to firefighters taking people for granted tipping waitresses what goes around comes around

John Livingston Clark is 67 years of age and lives in central Washington State. He has written two published books, and two published poems. His initial book is called, " God's Healing Hope: Breaking the Strongholds of Wrong Thinking." His second book, released in December of 2016, is a motivational book written to seniors titled, " Seniors: Are You Retiring or Recharging?" Both books are available on amazon. You can also view his writings on www.faithwriters.com. John is available to speak on a variety of topics. Visit me at jclarkministries.com
Previous The Darkness of the Disney Dynasty
Next Glory: Heavier Than the Weight of the World on Your Shoulders