Breaking News
Home / Faith / Glory: Heavier Than the Weight of the World on Your Shoulders 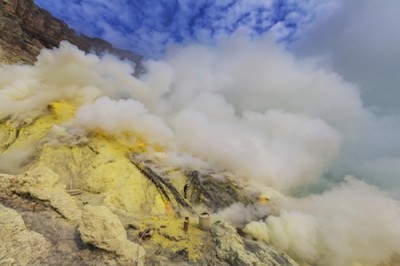 Glory: Heavier Than the Weight of the World on Your Shoulders

The Hebrew word for glory comes from the root word kabad, meaning: “to be heavy, to be honored, to be made heavy, be honored, enjoy honor, be made abundant, to get oneself glory or honor, gain glory.”

Oddly, that doesn’t resonate with our typical translation of glory when we read it in the Bible. More similar, is our English definition of weight: “the amount or quantity of heaviness or mass; amount a thing weighs.”

I wonder what’s weighing on you right now? Are you bearing “the weight of the world on your shoulders?” Is it the weight of worry for a troubled teen, a mountain of debt, unemployment or a failing marriage? Do you feel the crush of burdens that you can’t quite put your finger on—a feeling of foreboding and a heaviness in your heart?

I wonder what would happen if we placed the weight of God’s glory on the scale against your burden?

Every time God appears in the Bible, there’s an earthquake. Remember when he appeared to Elijah near the cave? (1 Kings 19:10-18) Elijah’s heart was so heavy that he literally wanted to die. He believed that he bore the entire weight of representing God to the nation of Israel—that’s a heavy load.

Or what about the time he appeared to Isaiah?

“In the year that King Uzziah died, I saw the Lord, high and exalted, seated on a throne; and the train of his robe filled the temple. Above him were seraphim, each with six wings: With two wings they covered their faces, with two they covered their feet, and with two they were flying. And they were calling to one another: ’Holy, holy, holy is the Lord Almighty; the whole earth is full of his glory.’ At the sound of their voices the doorposts and thresholds shook and the temple was filled with smoke.” Isaiah 6:1-4

When God came to the earth in the form of a man, walked the dusty streets of Jerusalem, sailed on the Sea of Galilee and slept with nowhere to lay his head—when he died a sinner’s death and surrendered his last breath—remember how the earth shook?

“At that moment the curtain in the sanctuary of the Temple was torn in two, from top to bottom. The earth shook, rocks split apart … “ (Matthew 27:51)

What caused the earth to shake? The weight of glory. Most of us would readily admit that God is more glorious than anything on earth. But, most of us live as if God’s presence is a mere feather-weight to the burdens we bear.

Imagine a lake, glassy and still. Step back and throw a large rock into that body of water. What happens? The water shakes; it is displaced by an object of greater weight. When a weighty object invades one of lesser composition, it quakes—it may cause everything to crumble. It certainly will displace the object of lesser—glory.

So what happens when God invades our lives on an experiential level? What happens when he comes crashing in—not in a mere conceptual way—but in an earth-quaking kind of way. As long as God remains a concept, the worries of our lives will displace him. We will allow those things that we give greater glory to, to crowd him out of our experience.

But, when we seek God (who tells he rewards those who seek him), the weight of our Creator—who is infinitely more glorious than anything we behold of this earth—he will shake us. He will rattle us—it will likely be uncomfortable—but he will displace those burdens—the weight of the world will tumble off of your shoulders in the God-quake.

What burdens are weighing on you right now?