Breaking News
Home / Entertainment / The Darkness of the Disney Dynasty 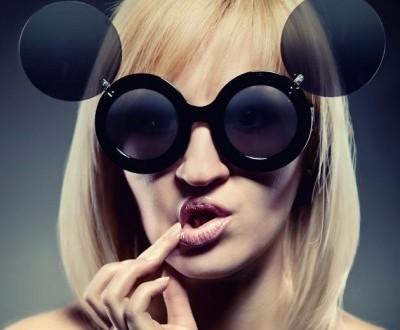 The Darkness of the Disney Dynasty

In their book Disney: the Mouse Betrayed: Greed, Corruption, and Children at Risk, authors Larry and Rochelle Schweizer disclosed Disney as the key partner in a pay-per-view channel which pioneered soft-core pornography. In addition, Disney was exposed with a laundry list of convicted sex offenders it had hired. The mainstream media ignored these allegations, as well as the pervasive scandal of not one, but several high-level Disney executives accused of pedophilia:

In addition to high-level executives that work with children, Disney has had repeated problems with lawsuits alleging groping from employees in costume.

The witchcraft and sorcery prevalent in many of Disney’s “family” films reveal the values of the corporation, if not ultimately its agenda. Interestingly, Walt Disney himself had an obsession with death, which some sources cite began as a boy when he captured an owl on his family farm, and moments later stomped it to death. Disney allegedly had an ongoing relationship with Anton Levy, founder of the Satanic church. Walt Disney’s early works, including Fantasia, are rife with images of sorcery and demons.

Why then does a company like Disney self-righteously remove Bill Cosby’s statue from its grounds? Evidently it’s not about the deeds done in darkness, but about how much press exposure is given to them, and whether consequently the American public will get outraged enough for there to be an image problem. Years ago, when the news outlet 20/20 was going to run a story exposing Disney’s pedophilia problem, the piece was discarded after pressure from Disney chairman Michael Eisner.

The bright “cute” image Disney puts out for the world should be discerned as to the agenda behind it. As Paul warned, “Satan himself disguises himself as an angel of light” (2 Corinthians 11:14). Paul also said to “Have nothing to do with the fruitless deeds of darkness, but rather expose them” (Ephesians 5:11).

Many people were dismayed to see Disney celebrating sexual perversion by lighting up the Cinderella Castle in a rainbow. But why? For years, the theme park has held its annual “Coming Out Day.” The website beforeitsnews.com reports that:

“Disney’s propagandistic marketing of gay, lesbian and transgendered picnics, parties, books, videos and the like sends a powerful message, as does its anti-Christian pulpiteering, its Miramax films of incest, sadosexuality, prostitution as well as – until recently – its E! Playboy gateway pornography.”

*At the time of this article’s publication, Disney is once again in the spotlight for questionable ethics, as the New York Times recently reported many veteran employees were let go or forced into early retirement, but not before being ordered to train their replacements–allegedly off-the-boat immigrants.*

Is Disney’s dark side news to you? Does it affect how you will solicit the company in the future?

Emily Tomko's radical encounter with the Lord while at a nightclub changed her life forever and inspired her first novel, College Bound: A Pursuit of Freedom. She is the author of seven books, including 31 Thoughts on Prophecy and Leaving the Shallows: igniting the faith that overcomes the world. Her tastes tend toward vintage and she's a Germanophile, having spent a year in Bremen and Nuremberg. Emily loves the scriptures and writes with fierce compassion and a deep desire to see people freed from the miry clay of this world and walking in the truth.
Previous The Great Big Book of Everything!
Next A Waitress Gives A Free Meal To Two Firefighters