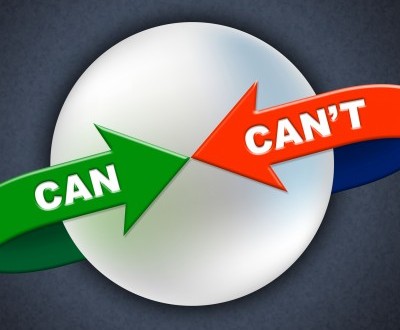 Believing In Yourself Makes All The Difference In Your Outcome

He had been injured in the Gulf War.  Parachuting out of planes too many times took its toll on his back and knees.  Doctors informed him that he would never walk “unaided” again.  Sadly, he received their message of limitation.  For 15 long years, he believed himself unable to move freely and began to gain weight, way too much weight, because exercising was obviously out of the question.  At a young 47 years old, weighing in at 297 pounds, he basically gave up hope, just like many of us might well have done.

He tried to make right choices to help himself.  He even contacted professional instructors for gentler exercise options, but many considered his situation a lost cause. Then he happened to touch base with one instructor who decided to take the challenge of helping someone in such need.

“He didn’t know me, but believed in me when no one else did.”

This small act of faith gave our country’s protector the permission he needed to believe in himself.

So, our war vet began to make an effort.  Yes, he had very tough challenges.  He fell, a lot, and had both setbacks and successes, but he didn’t quit. “I started to believe it could happen,” he stated with guarded excitement.  He reminded himself daily: “just because I can’t do it today, doesn’t mean I can’t do it some day.”  He diligently continued with his exercise program and eventually put aside his walking aids, believing for even greater advancements.

In six months, he lost 100 pounds, and in 10 months he lost a total of 140 pounds.  He realized the doctors had been wrong as he walked, ran, did push ups, sit ups, and head stands with ease.  It was possible to move freely again – unaided!  He leaves those who will listen with an important message:

“Never underestimate what you can do when you believe in yourself.  Never give up.  Never.”

I am inspired – inspired to believe – to believe in myself, my awesome God, and the words that He has left me – “With God, all things are possible”.  (Mark 10:27)  So many times we accept a message of limitation when the one who created us has a whole different outlook on our condition.  Don’t settle for less than God’s best.  He believes in you.

What is that something in your life that requires you to reject a verdict of limitation?  What steps can you take today to get God’s thoughts on the subject?

I just love walking outdoors - day or night. I identify most with the creative side of God and am energized by His artistry all around this world. He amazes me every time I turn around! Yeah, God and thank you, Jesus.
Previous Love Is Long-suffering, Kind, God-given–Unbreakable
Next Do You Hunger and Thirst for Righteousness?