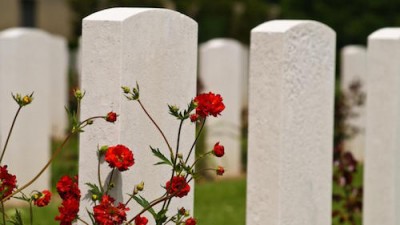 Carol Adler and her son, Taylor Thyfault, texted regularly and quite often.  He once texted that he loved her and that she was his best friend.  She loved her son’s mischievous smile and his endearing, magnetic personality.  He was a forward thinker which prompted him to make a list of 25 goals for his future while still a 15-year-old young man.

Taylor chose to pursue a career as a Colorado State Trooper.  He determined from the beginning of his training to “be the best of the best”.  Although his mother resisted his choice at the onset, she finally realized his passion was leading him and nothing could stand in the way.  She encouraged him to be the protector he was meant to be.

On May 23, 2015, near the end of his cadet training, he was on a ride-along with an experienced state trooper.  Taylor texted his mom that he was at the scene of an accident.  While the two troopers investigated the accident, they received word that a chase was headed their way.  After deploying “stop sticks” on the road, neither realized the speeding car’s driver had determined to not stop.  Both troopers were struck as the car blew by them.  Taylor died at the scene.  But before being struck, he yelled at the tow truck driver on the road to get out of the way.  Taylor, inadvertently, saved that man’s life.  Amazingly, he had accomplished goal # 9 – Save a life!

After her son’s death, Carol continued to text his number.  It brought her comfort.  Even though her son had lost his life, texting his number gave her the feeling that he was still on the other end.  On a particularly bad August night, she was texting from a hurting heart, “I love you. I miss you deeply. Please come see me.”  It was then she got an unexpected response.  “Cmlader, you are texting Sgt. Kell Hulsey of the Greeley Police Department … “.

When she texted back identifying herself, the sergeant was shocked.  His new phone had a new number–Taylor’s old number.  When Sgt. Hulsey offered to change his number, Taylor’s mom requested he keep it.  He was doing what Taylor wanted to do.  The texting never ended.  Carol Adler continues to text and check up on Sgt. Hulsey’s safety.  In essence, Sgt. Hulsey represents Taylor whose goal # 22 states – “Be there for all the people that have been there for me.”

Carol shares, ” I never want them to forget Taylor.”  She hands out bracelets to honor her son, but can’t, yet, wear one herself.

“Let your light so shine before men that they may see your good works and glorify your Father in heaven.” Matthew 5:16

I just love walking outdoors - day or night. I identify most with the creative side of God and am energized by His artistry all around this world. He amazes me every time I turn around! Yeah, God and thank you, Jesus.
Previous Make Thanksgiving a Day of Gratitude
Next How to Keep Your Thanksgiving Feast Healthy