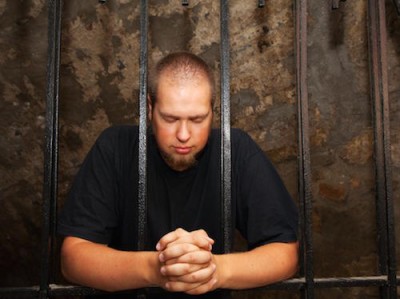 Nothing Can Hinder God’s Unique Moves On Our Behalf

In a recent email, I read of a man’s thus far five months of incarceration.  His crime?  He made available a substance offering stellar healing results for the thousands with seemingly “incurable” health issues who have used it experiencing no side effects.  The powers that be were not happy.  Daniel expects a sentencing the last week of October, 2015.  Depression, feeling forgotten, and a feeling of helplessness have beset him.  He has turned to God asking for His mercy and our prayers.

I was blessed by the miracle Daniel included in the email.  He shared that a Spanish speaking man named “Juan” was admitted to the same jail.  Juan told another Spanish speaking inmate about a Voice he had heard in a dream.  The Voice informed him that he would be going to jail but gave no reason.  Sure enough, the next day Juan was stopped, arrested, and jailed.  That first night in jail, he had another dream wherein the Voice told him he was there to pray for a “Louis”.  The next day he asked many people, in Spanish, if there was a “Louis” in the jail pod.  Juan just happened to cross paths with “Marco”, Daniel’s friend.

Marco listened as Juan recounted the dreams.  Marco understood when Juan spoke determinedly of obeying the Voice and praying for “Louis” – whether he was face to face with him or not.  Juan believed God knew His business and he wanted to obey.  Both Juan and Marco prayed for this “Louis”.   Shortly thereafter, Juan was oddly released – apparently the police had the wrong man.

During a free time chat, Marco mentioned to Daniel the whole, rather odd encounter, he had with Juan – how that a Voice had told him to pray for a “Louis”.  At that point, Daniel informed Marco that throughout his life he had always been known and addressed by his middle name, Daniel; but, his first name was “Louis”.  Both men experienced a moment steeped in awe.

Friend, there is nothing that can hinder God’s orchestration of help for His beloved – not language barriers, not location barriers, not relationship barriers.  (I remember having been spurred to pray for, by a name which I don’t now remember, a lady who was in a fire.  The name was not one I knew, but she needed my prayers and God moved me to pray.  I am sure He answered that prayer.)  God is acquainted with our grief.  (Isaiah 53:3)  He calls His family, His angels, and His Holy Spirit to respond when He hears our heart’s cries.  (Isaiah 65:24)

If you are facing a tough time, feeling forgotten or helpless?   Remember to pray and connect with God.  Then, expectantly watch for Him to let you know He hears.  I would love for you to let me know about your experience.

P.S. Please pray for Daniel that God’s will and mercy would determine his sentencing outcome.  Thank you.

When have you been urged to pray and only later learned what it was about?

I just love walking outdoors - day or night. I identify most with the creative side of God and am energized by His artistry all around this world. He amazes me every time I turn around! Yeah, God and thank you, Jesus.
Previous Rise and Walk
Next The Wise and Foolish Virgins – Two Different Kinds of Christians