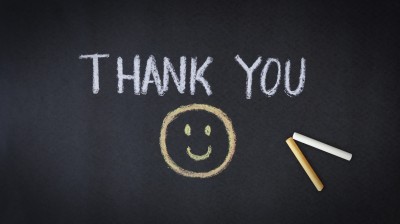 Thanking someone for a kindness given is simply the right thing to do.  Besides, repaying a kindness has it’s own kind of power.

According to the UK newspaper, The Independent, 95-year-old Lord Weidenfeld said he has, “a debt to repay”. In the 1930s, as Nazi occupied Austria was persecuting Jewish people, Christian believers in the Quaker and Plymouth Brethren churches were rescuing the Jewish children. They clothed and fed Weidenfeld making sure he got safely to Britain in 1938.

Now Weidenfeld is providing for the rescue of up to 2,000 Syrian Christian families who have fled the ISIS slaughter taking place in Syria and Iran. Lord Weidenfeld says he is repaying the debt he owes to the Christians who rescued him over 75 years ago.

Weidenfeld established the well-respected Weidenfeld and Nicolson publishing business only 10 years after his relocation to Britain. Today he heads the Weidenfeld Safe Haven Fund which has flown, so far, 150 Syrian Christians to Poland to seek refuge from ISIS, giving them the opportunity to make a new life. Privately chartered jets are carrying to a safe place Christians whose lives have been threatened and disrupted by ISIS, making those Christians the first recipients of Weindenfeld’s generous “pay back”.  In addition, this fund is intended to offer support for 12 to 18 months to the many refugees helped.

Weidenfeld’s Safe Haven Fund has run into some criticism because it is not attempting to rescue Muslims who are also being persecuted by ISIS’s diabolical forces. In defending his focus on Christians, he said: “I can’t save the world, but there is a very specific possibility on the Christian side. Let others do what they like for the Muslims.” Weidenfeld has made it a goal to replicate the works of the late Sir Nicolas Winton whose “Kindertransporten” trains rescued over 10,000 Jewish children from the Nazis.

Weidenfeld proves that it is never too late to pay back a debt of gratitude. Jesus showed His disappointment when only one returned to give Him thanks for the great kindness of a healing from leprosy. (Luke 17:12-19)  If you ever have the chance to repay a kindness, don’t let the opportunity pass you by. No matter how long ago the kindness was given.

What scenario comes to mind where you need to give appropriate thanks and repay a kindness – even if it is years later?

I just love walking outdoors - day or night. I identify most with the creative side of God and am energized by His artistry all around this world. He amazes me every time I turn around! Yeah, God and thank you, Jesus.
Previous Beyond the Box: Biblically-Based Brainstorming Tips
Next God’s Superior Power: Recovering Aaron’s Rod