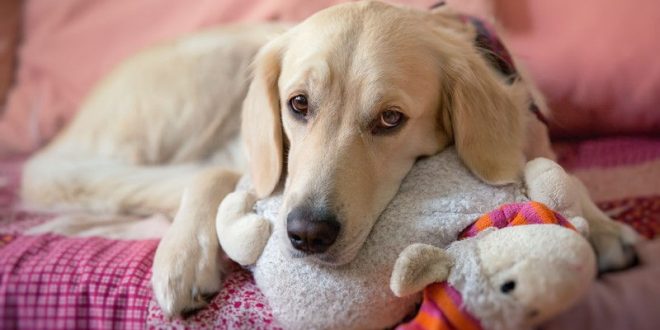 Every time I turn on the news, it seems like there’s so much unrest in America.  People are always wanting something better, or at least things their way.  Sometimes less is more and more is less depending on our perspective and how we want to approach life.  Just as the widow gave her last mite to God, she also gave much more than those who held back even though they had an abundance (Luke 21:1-4).  Really though, it’s a heart thing and graciousness has its rewards because we bless others which in turn blesses ourselves.  So what would it take to have such an approach to life?  I suggest taking a few moments to look at some our fluffy friends, and maybe even our amazing pets who aren’t so fluffy.

Our first friend to share his grace is good old Barney the Boxer.  He’s there to greet you at the door as soon as he hears you pull up into the drive.  The moment you open the door, your friend circles around you ready to listen about how your day went even if he can’t fully understand.  If it’s not so good, he can feel your agony, but when you’re happy, he will bounce around with you all the more.  What we see here is empathy and enthusiasm which grace Barney.  He’s happy just because you are who you are and he wants to know you.  Even if you give him a bowl full of slop that you wouldn’t dare taste, he is more than happy to down it instead as if it were the best thing ever.  Afterwards, he’s willing to forgive that mess you fed him and play ball or Frisbee.

Mitten is unique in his own fashion.  He is quite possibly the cleanest member of your household and he doesn’t need to watch television to find moving objects to entertain himself with.  In fact, a piece of string, a spider, or even a sneaky mouse are enough to amuse him.  Sure, he likes his quiet time under your bed, but he’s equally as content to be on your lap while letting out soft purrs to let you know he’s happy to be with his favorite person in the whole wide world.  What if we treated others with such confirmation and contentment?

Fran is someone special.  She would like to be swimming around the ocean, but instead she’s confined to a small bowl with some colored pebbles and a plastic sea castle.  What goes through her mind?  The highlight of her day is when bits of food drop into her tank.  Still she graces you eyes with her beautiful colors and the way she reflects God’s glory as she shimmies through her small home.  It’s not much, but it’s her life and probably all she will ever know.  But maybe that’s enough?  Maybe it’s all about just making the best of your situation and moving forward with life.

Humphrey the Hamster is an amazing fellow.  His home is kind of like a jail cell and if he manages to make a break, he’ll be gone quicker than a prison inmate who just discovered a way to turn invisible and walk through walls.  Regardless, he understands he’s stuck, but he also embraces those moments when you hold him on your lap and let him know he’ll be okay and that somebody cares.  And what are those pellets he’s forced to gnaw on?  Are those even legal around these parts?  It will do though because Humphrey is happy just to be Humphrey, and even if he never makes a break for it, he’ll do just as well waiting for those moments when he can sit on your lap again, while hoping you’ll fall asleep so he can make a break for the air conditioner ventilation system.  Ummm…does anybody have a map Humphrey can use?

I wanted to talk about these critters because they all have amazing traits that we would do good to follow.  Sometimes we’re not happy with the food on our plate, the entertainment, or lack thereof, but that doesn’t mean we can’t make the best of it and even find a way to turn those bad things into something wonderful.  This is what God wants from us.  He wants us to rejoice in life and live victorious.  Even when the apostles were chained up and imprisoned, they still found reasons to sing (Acts 16:25-27), because they knew what really mattered was the testimony that their rejoicing gave to others, and in turn gave them a reason to believe in rejoicing as a special tool for dealing with trials.  Thank you for reading and God bless.

1 Peter 4:13 But rejoice, inasmuch as ye are partakers of Christ’s sufferings; that, when his glory shall be revealed, ye may be glad also with exceeding joy.

What are some things you find yourself struggling with frequently?  How can you turn these things around and find joy in them?

Joel M. Bauer is a 45-year-old U.S. Army Veteran from Dunn, NC, which is just outside of Raleigh. After being honorably discharged from the U.S. Army, he attended school at Taylor University, a Christian liberal arts school, in Fort Wayne, IN, where he received his BS in social work and psychology. He has worked in such places as a homeless shelter, a community based treatment center for severe mental illnesses, a school for troubled students, and other social service agencies. His current endeavor is to build The Bottom Line website into a site that inspires both Christians and non-Christians alike, and brings glory to God.
Previous Having Hope and Security in a Shaken Up World
Next What’s Next for America? (Poem)