Breaking News
Home / Our Hope / Are You in the Lamb’s Book of Life? 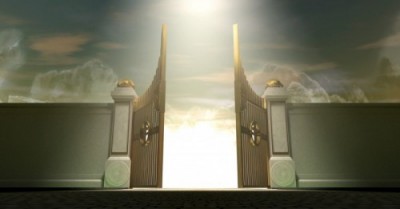 Are You in the Lamb’s Book of Life?

Revelation 3:12 (NKJV)—And I saw the dead, small and great, standing before God, and books were opened. And another book was opened, which is the “Book of Life”. And the dead were judged according to their works, by the things which were written in the books.

Friends, I pray that your name is in the “Lamb’s Book of Life” before your life ends. This Book is God’s registrar where He records all of the believers who have been justified by faith. The eternally redeemed followers will be written in the “Book of Life” so that they may live in eternity with Jesus Christ. Those left out of the “Book of Life” – the unbelievers who have denied Christ all their life on earth – will be destined for the lake of fire. Wouldn’t you rather see heaven?

Revelation 21:1-2 (NKJV)—1) Now I saw a new heaven and a new earth, for the first heaven and the first earth had passed away. Also there was no more sea. 2) Then I, John, saw the holy city, New Jerusalem, coming down out of heaven from God, prepared as a bride adorned for her husband.

The Word of God talks about heaven in Revelation 21 starting at the end of verse 9 saying, “Come, I will show you the bride, the Lamb’s wife.” Revelation 21: 10 — Revelation 22:5 explains what heaven, the “New Jerusalem,” will look like.

The wall of the city had twelve foundations, and on them were the names of the twelve apostles of the Lamb. The city is laid out as a square. (The city’s measurements are all multiples of 12, the number for God’s people; there were 12 tribes and 12 apostles who started the church). The walls are 144 (12 x 12) cubits (200 feet thick there are 12 layers in the walls, and 12 gates in the city; and the height, length, and breadth are all the same. 12,000 stadia (furlongs) which is 1,400 miles. The New Jerusalem is a perfect cube, the same shape as the Most Holy Place in the temple (1 Kings 6:20). These measurements illustrates that this new home will be perfect for us. God is so amazing!

In Revelation 21:18 the description continues– the wall is made of jasper, and the city of pure gold, as pure as glass. The foundations of the city walls were decorated with every kind of precious stone. The first foundation was jasper, the second sapphire, third chalcedony, fourth emerald, fifth sardonyx, sixth carnelian, seventh chrysolite, eighth beryl, ninth topaz, tenth chrysoprase, eleventh jacinth, and the twelfth foundation was amethyst. The twelve gates were twelve pearls, each gate made of a single pearl. The great street of the city was of pure gold, like transparent glass.

Verse 22 tells how the Lord God Almighty and the Lamb are its temple. The city does not need the sun or moon to shine because the glory of God gives it light, and the Lamb is its lamp. The gates will never be shut, for there will be no night there. The glory and honor of the nations will be brought into it. Nothing impure will ever enter it, nor will anyone who does what is shameful or deceitful, but only those whose names are written in the Lamb’s Book of Life.”

The Scripture in Revelation 22:1-5 talks about the river of the water of life, and the tree of life, bearing twelve crops of fruit, yielding its fruit every month. The leaves of the tree are for the healing of the nations. There will no longer be any curse because Satan and evil do not exist as a threat any longer because he will be in the lake of fire with all the evil from the world. Heaven will be called the New Jerusalem, where all of the Christians who are written in the “Lamb’s Book of Life” will live for eternity.

Scripture proves that there really is a heaven and a hell. Jesus says that He is coming soon and I believe Him. Come, Lord Jesus. Amen.

I have always enjoyed writing little things, poems, devotionals, little short stories and bible studies. I love God and want to glorify His name and I love praising Him. I live in upstate New York with my Chihuahua-Snowball. My children are grown and left me with an empty nest. I have lots of time on my hands and love to fill it with God's Word.
Previous Changing “What if…” Into “So What!” Part II
Next Primary Declarations